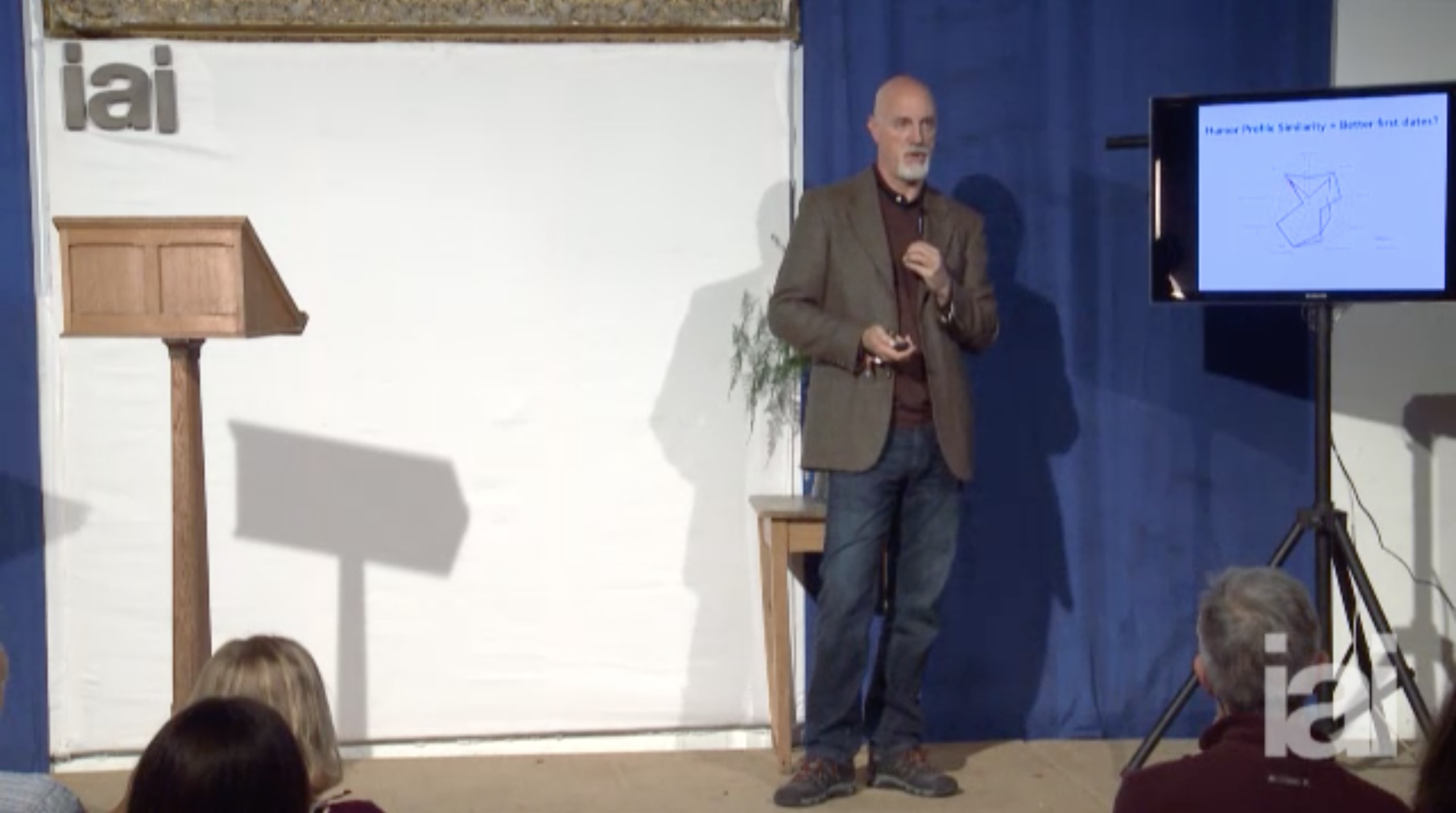 The talk given by eHarmony’s Chief Scientist Steve Carter at the recent Institute of Ideas event on modern relationships is now available to watch online.

In the half hour talk, Carter looks at the commonly-held belief that long-term relationships are hard, and asks why that is.

Carter’s perspective is that everything that led to the creation of a relationship has little importance in making that relationship work over the long term.

For example, he argues that the thing that was most important on first meeting someone, attraction, becomes least important when it comes to keeping a long-term relationship going.

eHarmony’s Chief Scientist also gives some insight into how eHarmony set about creating the basis on which it would predict if people would want to talk to someone on the site.

The dating site found, for example, that how attractive people rated themselves was a strong indicator and predictor of whether two people would talk to each other.

Carter also speaks about how, having optimised its platform to boost communication between matches, eHarmony is now looking to optimise users’ performance on first dates – as how well you do here vastly improves the chance of a long-term relationship – by matching people based on sense of humour.

Check out the full video here.