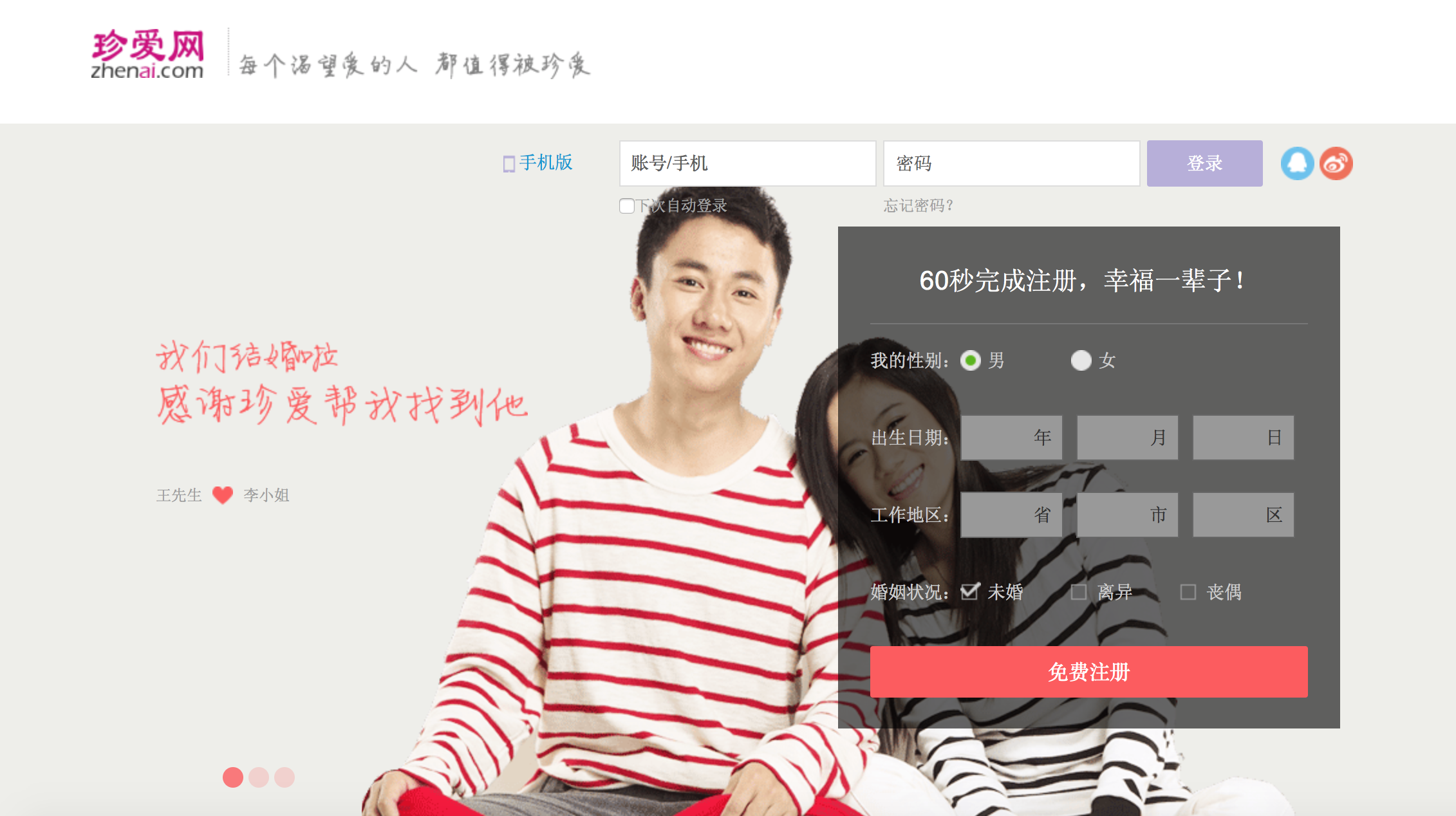 Chinese dating app Zhenai has conducted a survey to learn more about Gen Z and millennial attitudes towards marriage and love.

According to mobile app data analysts from Sensor Tower, Zhenai was the dating app with the seventh most downloads on the worldwide iOS Store in September.

The research found that it is fairly uncommon for young people to have explicitly positive attitudes about getting married. 30% of the participants expressed an indifference to marriage, while 40% were adamant that they don’t want a wedding at all.

Zhenai explained the results probably showed that millennials, especially women, are less likely to hold onto traditional values surrounding marriage, and are instead more focused on their independence and career.

Last year, an OkCupid study found that 68% of Indian millennials would also be comfortable if they didn’t get married to their life partner.

However, in spite of holding fairly relaxed views regarding marriage, the survey still showed that being single was the number one worry concerning young people in China.

At the beginning of last year, a theme park in China granted its single female employees over the age of 30 an extra eight days of annual leave to go on dates.

People are also growing more dependent on technology to end their relationships. 41% of respondents said that they use the popular instant messaging service WeChat to break up with someone, compared to the 47% who choose to do it in person.