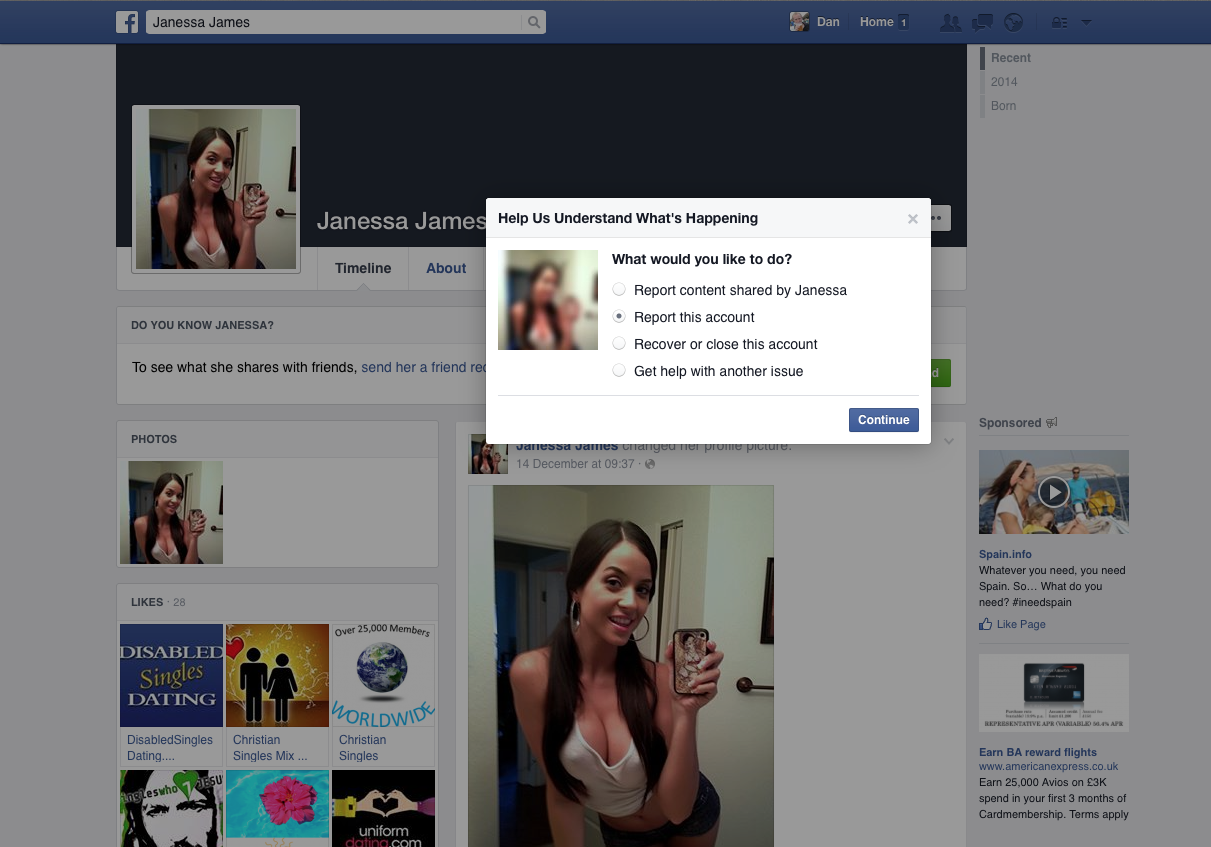 The scammer ecosystem extends beyond just dating sites – the typical scammer will also require a separate communication platform upon which to execute the scam, and a way for the target to transfer money.

The third party communication platform might be instant messaging (such as Yahoo Messenger), email, a social networking site such as Facebook, VOIP (typically Skype) or regular telephony. “While Yahoo still appears to be the platform of choice for dating scammers, other platforms are gaining in popularity, due to particular benefits they confer in executing the scam.

“WhatsApp permits geographic phone numbers, giving the scammer the ability to “place” themselves in the same country as the target, whether or not this is actually the case.

“Facebook allows the scammer to create a credible fake identity. Sometimes we will see scammers with hundreds of friends, who actively contribute to that scammer’s timeline. On closer inspection, the “friends” are mainly fakes too.” Once the target is primed, the scammer needs a way for the victim to transfer money. This might be an overseas money transfer service, such as Western Union or MoneyGram. The ACCC actively monitors large transfers through services such as Western Union to high-risk regions like West Africa. They contact the transferor, alert them to the likelihood that they are being scammed, and urge them to stop sending money.

According to victim support forum Scam Survivors, other payment methods that scammer use include Amazon Gift Cards, which are impossible to be cancelled, and PayPal, which is very expensive to cancel.

And the new wave of organized sextortion scams have even led to reports of some scammers accepting credit cards – and because the target is already being blackmailed, they are highly unlikely to charge back.