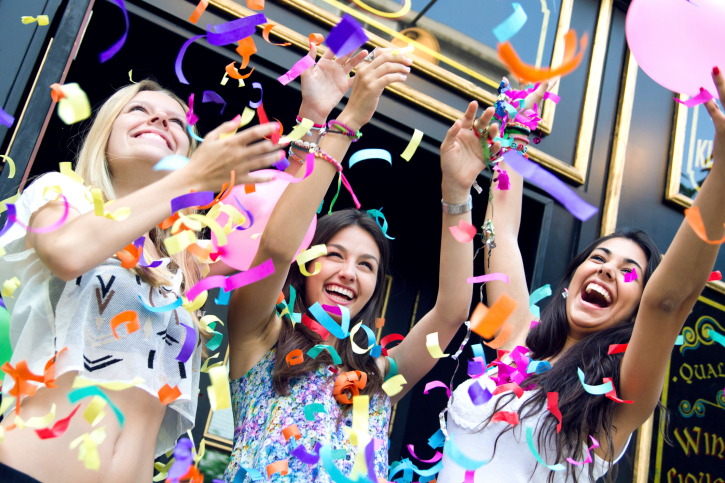 Online dating is popular no matter what time of year it is, this is true. The incredible appeal of online dating is that you can do it on your own time and when it is most convenient for you. Not only is it a matter of convenience, but you also have the ability to find possible matches all over the world if you truly wanted to extend your search that far.

Did you know that there is one particular day that almost always sees a huge influx in new members joining these site? You might think it would be around Valentine’s Day, after all, no one wants to be alone on the day for love, but you’d be wrong. Another time you might think there is a large surge in membership would be right before the holidays, like the beginning of November, but you’d be wrong here too. While a lot of people do look for love around this time, it isn’t the busiest.

The prime day where people sign up to online dating sites is January 3rd. Sure, singles who sign up on this day miss out on sharing the holidays with someone special, but it is largely popular because people are determined not to spend the rest of the year alone.

The positive part of the new surge of fresh blood to these websites is that you have a new group of singles who are ready to date. These people are willing to put in the extra effort to get your attention, they aren’t jaded by how challenging it can be trying to actually snag a date, and who can resist the allure of new people popping up on their possible match list?

If you are one of these people who decided to join online dating sites on January 3rd, and you may not have had much success, perhaps it isn’t for lack of trying, but perhaps it is how you are presenting yourself. As we mentioned, you have to put in extra effort to stand out from the rest of the newbies. Your pictures have to be on point, your profile has to be engaging, and you’ve got to really make those first few messages stand out.

Although online dating isn’t necessarily rocket science, it does take a little bit of thought and planning if you want it to go smoothly. For example, instead of choosing a photograph that you took at your cousin’s wedding a few years ago, you’ll want to choose something more current that better reflects who you are as a person. The key behind online dating is to present yourself in the best way possible, but also be genuine. People usually can spot someone who isn’t being authentic or are trying too hard. While these aren’t necessarily bad traits, they can greatly hurt your chances of finding romance.

As a general rule of thumb, if you want to make the most of your time online, you’ve got to stand out, be authentic, and present yourself realistically – regardless if you sign up on January 3rd, December 30th, or any day in between.

Evette Champion is a relationship expert who is a firm believer that everyone deserves a shot at love. She likes to think of herself as Cupid’s little helper.
Find out more on Facebook & Twitter.