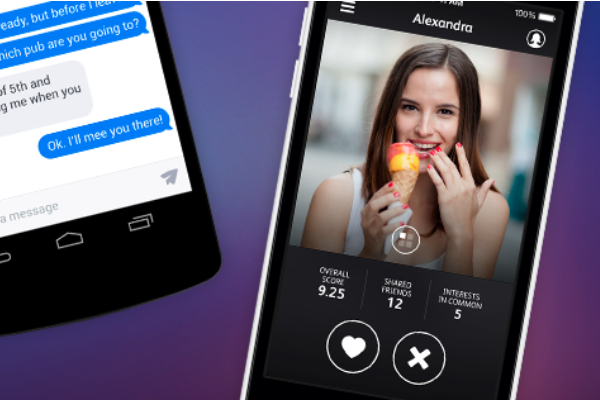 Tinder harbinger Hot or Not has been rereleased with a new design, features and a controversial PR exec on board.

The Badoo-owned app will show users a list of the hottest people near them, calculated by the votes they have been given, which updates as you move.

The app, which claims over 10m US users, has also added a customised Hot Lists feature, which lets users rate how attractive certain celebrities are.

These will be published throughout the year “showing the rise and fall of celebrities as a result of events like the Oscars, the World Cup, music awards or even the Olympics.”

“Since 2000, the Hot or Not brand has been an inspiration behind some of the most popular platforms and products currently available to consumers including Facebook and YouTube.

“With the addition of ‘Hot Lists’ to the already popular mobile gaming platform, we are bringing an elevated and more exciting version of this iconic brand to a new generation of users.

“We’re very excited about the Hot or Not Lists, and we believe that these real-time social barometers of everything Hot have unlimited potential.”

Andreey has hired Justine Sacco, former communications director for IAC, who was fired following a Twitter frenzy she whipped up before embarking on an 11hr flight.

Just before she left for Africa, Sacco tweeted “Going to Africa. Hope I don’t get AIDS. Just kidding. I’m white!”.

While aboard the 11hr wifi-free flight, the tweet was picked up by Valleywag, and prompted Twitter outrage, unbeknownst to Sacco.

IAC responded saying: “This is an outrageous, offensive comment that does not reflect the views and values of IAC. This is a very serious matter and we are taking appropriate action.

“Unfortunately, the employee in question is unreachable on an international flight.”

This led to the hashtag HasJustineLandedYet being created, and her eventual firing when she did.

In January, Hot or Not – which was bought by Badoo in 2012 – offered £1,000 to developers who passed their interview process — whether they took the job or not.

The redesigned app arrives trying to appeal to the ego-boosting aspect of Tinder, with Andreey telling Bloomberg that the app is “more about the ranking. The hottest people will want to be on the platform to check out their popularity.”