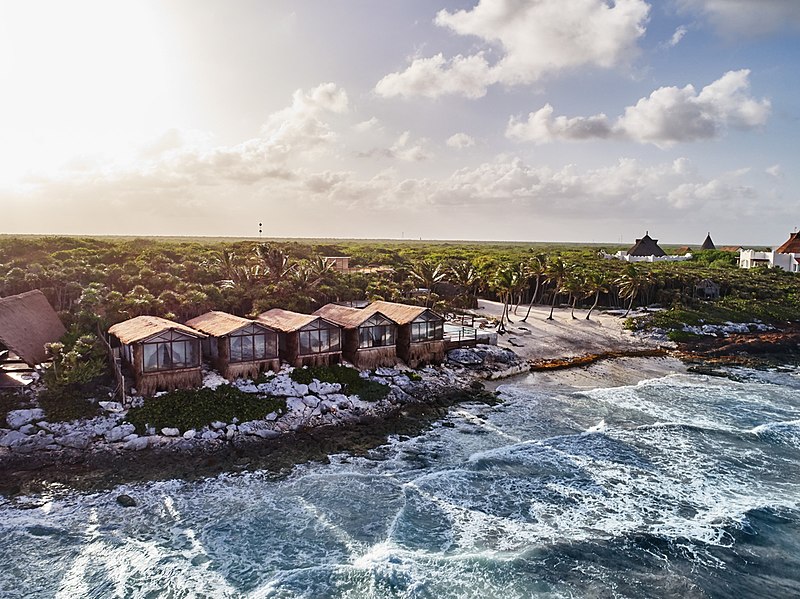 The initiative, which is also supported by Travis Kalanick, co-founder of Uber, is part of Habitas’ goal to create “social” holidays during which tourists can enjoy a range of communal activities including concerts and dance parties

Habitas co-founder, Oliver Ripley, described it to 3D Printing Industry as “a little bit like club med for [the millennial] generation. Incredible experiences with food, with music, with the right kind of wellness – not the fanciest spa but really just reconnecting.”

Ripley first conceived the idea when he attended the Burning Man festival where he had built a camp aimed at VIP attendees and decided to take the idea further.

Habitas has already built such hotel accommodation in Tulum, Mexico and has raised $20 million to take the concept worldwide. Ripley hopes that there will be 3D-printed hotels in eight locations by the end of the year.

One hotel will open in Namibia this month and Ripley has his eye on Bhutan and Saudi Arabia as potential locations for the hotels as he aims to expand into Asia, the Middle East and Africa.

In August 2019, Justin Mateen, along with his Tinder co-founder, Sean Rad, also helped fund MOSH, a new company which aims to help men treat sensitive health issues from their own homes.