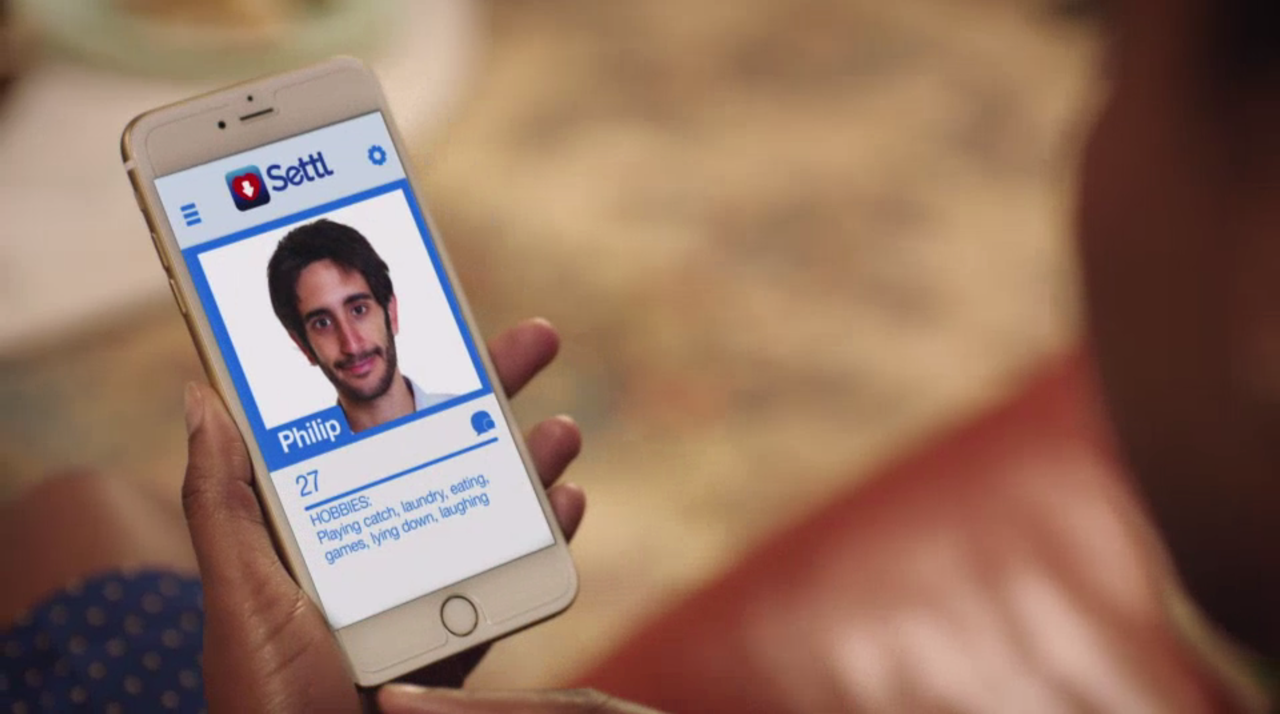 This weekend, Saturday Night Live aired its advert for a new hypothetical dating app called Settl, which urges singles to lower their standards when searching for love online.

The app, which was introduced on the show’s Saturday episode, features a number of individuals promoting the app for women looking to find love as soon as possible.

The sketch begins with one woman explaining her failed experiences of dating sites, including Match.com and OkCupid, and says she joined Settl to meet the “right guy”.

Another woman, played by Vanessa Bayer reveals that she joined Settl having already bought her wedding dress, and was in need of a man to marry. The app pushes its focus on quick matches with its tagline, “Tick Tock”.

The sketch then features a woman who describes the app in more detail, saying that men can only upload passport photos to prevent female users from judging them on their looks.

And according to the ad, men are guaranteed to get a date on Settl because women do not have the option to reject any profiles, giving each user an opportunity to communicate with every woman on the app.

Last month, an advert for a similar joke dating site Settling.com started to circulate on the Internet.

Created by Erwin Street, Settling.com promises to “set you up with someone — anyone” purely because its “better than nothing”.