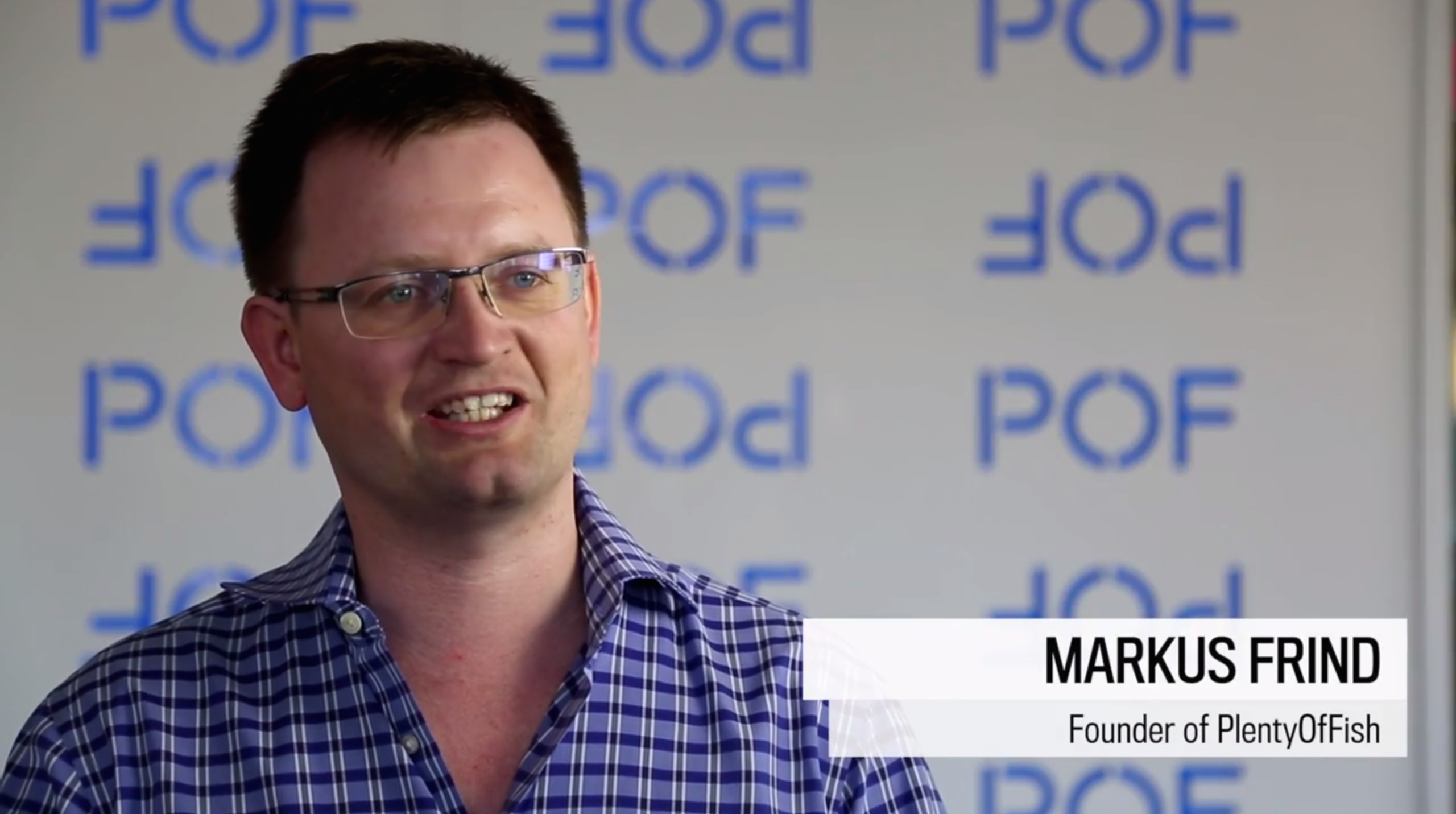 This week, Markus Frind sold the dating site he created by himself in his apartment 12 years ago to The Match Group for $575m.

The largest acquisition in the dating industry is also one of the biggest exists ever for a bootstrapped company.

Before Frind hired Plenty of Fish’s second employee in 2008, the site had already hit $10m in revenue, and had 15m users.

The Vancouver Sun caught up with Markus Frind following the deal, to speak about the acquisition and what it means for the future of his dating site.

Frind says: “As far as we know, everything is going to be the same as it was before the acquisition, we’re just part of a larger group now.”

Shot in Plenty of Fish’s Vancouver office, Frind shares the remarkable story of the site, how mobile changed everything, and what Plenty of Fish can accomplish now the company is partnered with The Match Group’s huge wealth of information.