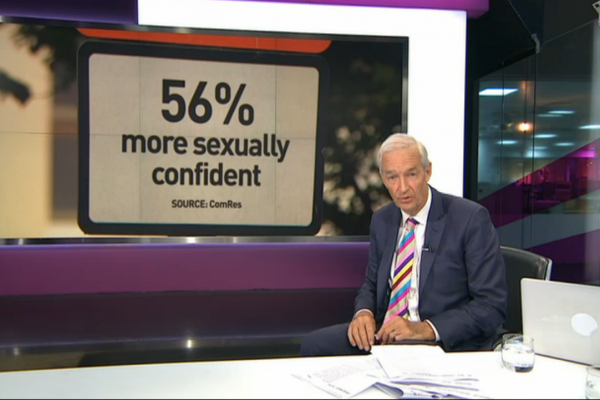 On Monday, Channel 4 News aired a report on sex in the internet age for the over 60s.

They did research which found that 51% of people over the age of sixty are sexually active.

However this has led to an increase in the number of sexually transmitted diseases in this age bracket, with many not seeking out health advice.

Channel 4 interviewed 76 over-60s around the UK, and polled another 500 about love, sex and relationships.

Even though society still looks at OAP sex as somewhat taboo, some of these men and women talk about enjoying a late sexual bloom.

They are also turning to the internet for dating help and services.

One man Channel 4 spoke to, Joey, uses Grindr and says that he is “averaging, I would say, four men a week”.

Stella and Peter met on eHarmony and explain how they reignited the passion.

“I can remember sitting on the sofa with Stella and discussing this and saying, well, I really don’t know whether anything works any more. So we decided to find out basically”.

However, there is an increased health risk of contracting sexually transmitted diseases.

Stats from ComRes found that 56% felt more sexually confident, but 75% said they didn’t need sexual health advice, and 23% felt there was no need for condoms.

In Channel 4’s own research, they found 64% of respondents who were in new relationships or were dating, hadn’t sought sexual health advice.

This is the first of three parts of Channel 4’s Love and Sex When We’re Over 60. Watch it below: