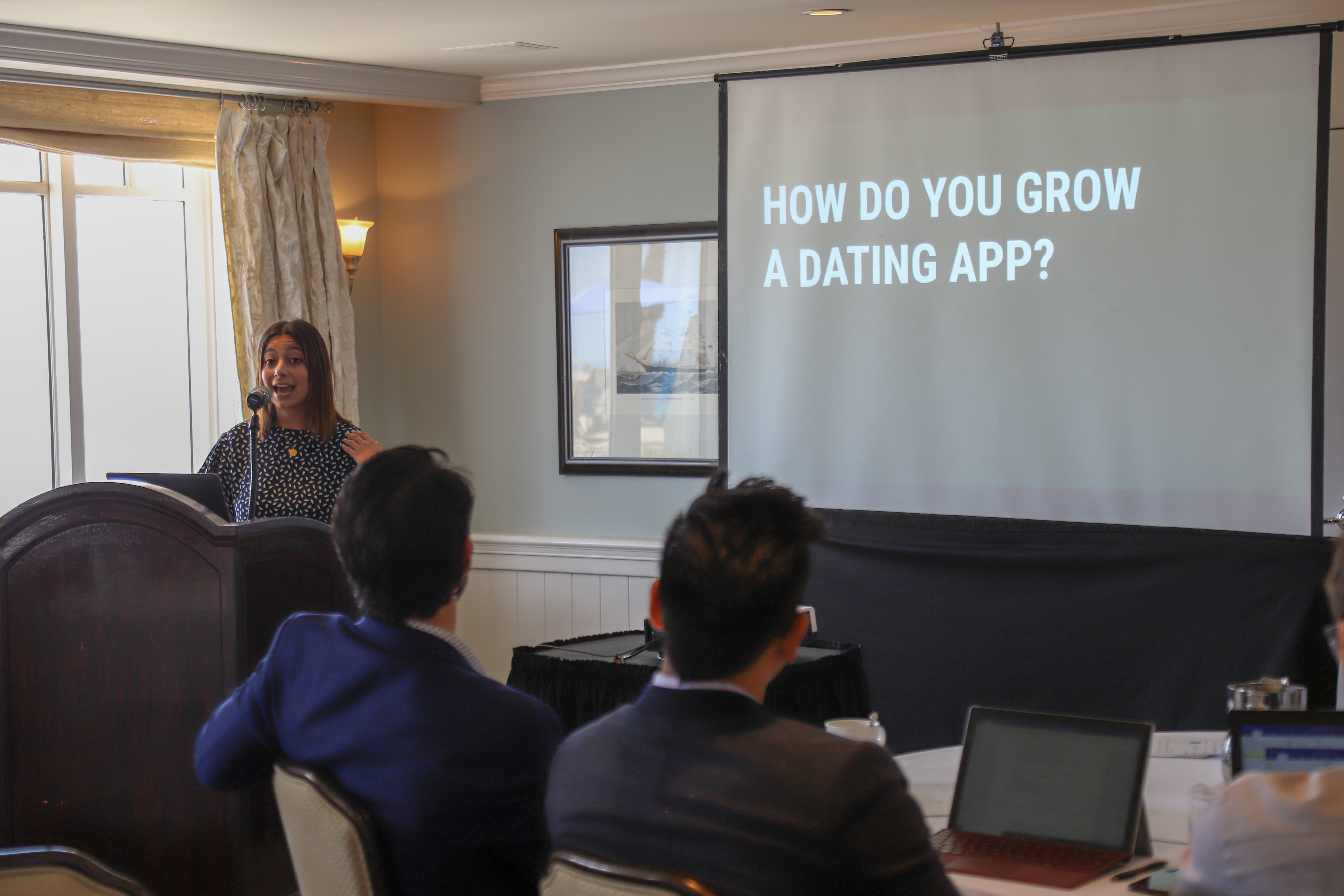 HER is a geo-social networking app aimed towards lesbian, queer, bisexual and bi-curious women.

The app has successfully expanded into events and digital publishing in recent months.

HER is now live in 55 countries, from South Africa to Thailand. It is one of the leading lights in lesbian dating technology worldwide.

The dating app has just added a new ‘Communities’ feature and uncovered a new logo. Communities is designed to help users connect around specific interests and group identities., while the new logo represents a diverse user base of womxn.

Gutterman recently spoke at GDI LA 2018, presenting on the topic: “What Happens After You Swipe Right? Growing a Dating App for Womxn.”

HER has just changed its branding to better reflect its diverse user base. Can you talk us through the motivations for the change? What early feedback have you received?

NG: “When we first launched the app three years ago, there had never been an app specifically created for queer women. Gay men had Grindr, straight people had Tinder (as well as thousands of other apps), but queer womxn had nothing specifically made for them.

But – a lot has changed in the last few years: The LGBTQ+ community and the world have become more inclusive of gender expressions, sexualities, and identities. So, HER decided to change with the times. The feedback to our changes, both in the in-app product where we created, Communities, for non-dating social interaction, and in the branding, which we updated to reflect our fundamental belief in fluidity, has been overwhelmingly positive.

Users from all over the world have reached out to us to tell us that HER is an app that feels truly representative of their community and their identity.”

What has the process of rebranding been like logistically? Was it a challenge for the business?

NG: “No matter the size of your team, executing a rebrand is a challenge. We used a branding agency to first create a new vision, mission, and brand strategy for our company. Then, we worked with a Brand Designer to create a new logo and style guide for all our future assets.

It was important to us to create a rebranded app that felt current, but would also carry us through the next 5-10 years, both in terms of visuals and in terms of our community. We surveyed our investors, partners, users, and industry thought leaders before executing our rebrand to ensure that our new visual identity made sense from a business and from a social perspective.

It was especially challenging to identify all the places, both digitally and in person, where the old branding was used, and envision how the new branding would be seamlessly rolled out in each of those places.”

How do consumer demands differ between LGBTQ platforms and mainstream platforms in your view?

NG: “Consumer demands are exceedingly different between our queer womxn and conventional dating app users. For example, when we were first building the app, we surveyed our users and found that they wanted a different experience when it came to creating a profile. Rather than just writing a brief bio and selecting photos, our users wanted their profiles to be a better representation of their entire identity.

As a result, our profiles function much more like a Pinterest board than a traditional dating profile, which allows users to include content about themselves and their identity that wouldn’t be found on a conventional dating app.

Additionally, when users onboard to HER, they have over 17 different sexuality options and 27 different gender options to choose from, and if they feel like none of those are representative of their identity they are able to suggest an identity marker to us and we promise to have it added to the app within a week.”

How does the new ‘Communities’ feature change the in-app experience for users? Is it popular relative to the other areas of the app?

NG: “The new Communities feature is a game-changer for us, because it allows users to interact with the app in a non-dating capacity. We wanted to specifically serve communities of people who don’t necessarily have safe spaces for fearless exploration.

As such, our Communities are identity- and interest-based and cover everything from “Queer Womxn of Color” to “Mindfulness and Wellbeing”. At a time when queer womxn are searching to connect with each other more than ever, Communities create a digital space for connection, whether or not you’re looking to date. It’s also been exceedingly popular with our users. We’ve gotten massively positive feedback on the existing communities, and have already created several other communities in response to user feedback, such as Pride Celebrations just in time for Pride!”

What can we expect from HER over the rest of 2018?

NG: “2018 is a really exciting year for us! We just wrapped up New York Pride, where we were the official sponsor for the Pride women’s afterparty, Teaze HER. We are also fully rolling out in France this week in time for Paris Pride. France is our first localized international roll-out in another language, and we hope to also go live in German and Spanish by the end of the year.

Additionally, we’re looking to diversify our content offerings and create more partnership opportunities that will live inside the app.

Overall, we want to make HER a platform where queer womxn can live their best lives and where they are unequivocally accepted, no matter how they choose to identify.”