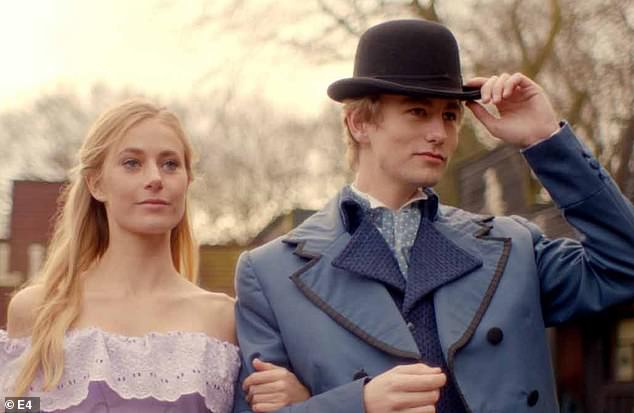 Freddie Browne is one of the newest cast members on UK reality TV show Made in Chelsea. He’s been working with London-based dating startup CLiKD since the start of the year as Head of Partnerships.

GDI caught up with Browne to discuss the details of the event, and find out his opinions on the online dating industry as a whole.

How did you first get involved with CLiKD, and what initially drew you to it as a brand?

FB: “Having started at Made in Chelsea, I was looking for something to do on the side that really inspired me and kept my motivation going elsewhere so I didn’t get completely distracted with the TV side of things.

It was probably the team at CLiKD that drew me in the most. Obviously the concept and the whole dating app sector is an inspiring sector to work in, it’s young and new and fun and there are so many opportunities and so many different ideas, but at the end of the day it’s being able to work with exciting people, like the creatives we have in our team and on the business development side.

It’s nice to be able to relate to everyone and work towards a common goal together. That’s one of the most important things for me, being surrounded by similarly motivated people.”

What does your role as Head of Partnerships involve, and what do you look for when identifying a good potential partner brand?

FB: “My role is quite diverse. I’d like to say that every partnership that we create, even on the app, I’ve got something to do with but that’s a lie! I hope indirectly, by bettering the app and developing it, I might have an input in that way!

In terms of partnerships, it’s again going with the ethos in the office of being fun, motivated, exciting, new and generally just having a good concept behind the brand. It’s anything from condoms, and we’re maybe even looking at sex toys at the moment – that it can be put together with our ethos is the important thing.”

What can you tell us about your upcoming offline dating event ‘Date Escapes’?

FB: “I’m buzzing for it! Basically, we’ve got a group of very lucky singles who are all attending our speed dating event. It’s fairly traditional in that respect, they have three minutes to talk to each other, but at the end of the event we pick four couples who have matched that evening and we send them away on a luxury holiday, somewhere in Europe, so they can get to know each other for longer than three minutes.

The whole concept is that you have to decide whether you can go on holiday with someone within the three minutes. I’ve never seen it done anywhere else and it really makes you choose your words carefully.

At the end of the day I think meaningful conversation is what we should be having, as opposed to this inane initial chit-chat that everyone seems to have at other speed dating events. This really forces you to put your priorities in check and figure out what you really want to know about this person, which hopefully will create slightly more meaningful relationships. It’s a big thing for us, it’s about the person and the longevity in the relationship.”

You’ve held a few events roles across different industries. What are some of the key elements to consider when putting on a night like this?

FB: “It’s always a funny thing because having run events in the past, the actual event is probably the easiest part of the whole thing. You’ll find that the entire event will go on for maybe two months. From the first initial ideas to the bits of PR that you then get out, you start talking to certain people, sponsors, goodie bags and guest lists.

By the time you’ve actually got to the afternoon/evening of the event it’s like ‘we’ve just got to check all the boxes now and hopefully everyone has a good time’. You can only do so much and then it’s about the actual people who are there enjoying themselves. Then of course afterwards, all the follow up PR, you’ve got another month on the end of that. So the actual evening of the event I’ve found to be the easiest.

In terms of marketing it, follow as many avenues as you possibly can, it’s just so important. Influencer marketing, which is what I’ve mainly been working with for ‘Date Escapes’, is my speciality. It owes to the industry that I work in, with Made in Chelsea and all the rest of it as well, so I’m quite lucky to have a lot of contacts in that respect.

If you do have contacts, definitely use them as much as possible. They are there for a reason and maybe one day they’ll need you to help out with something. It’s just the way it works.”

What kind of numbers are you expecting for Date Escapes?

FB: “We’re probably looking at about 80 people for the entire event, not all taking part in the speed dating. We’ve got special invite guests on the side as well, to come and witness it and get the whole party vibe going. We want it to be an inclusive event, it’s about everyone there, not completely about the speed dating.

It’s on the river at a new, young, exciting restaurant called Chino Latino, again hopefully fitting in with the ethos of CLiKD. It’s got Latin and Asian influences, so something different that hasn’t been seen before, and of course absolutely amazing views of Central London.”

What are some of the current dating trends you’re seeing in London?

FB: “Especially with speed dating, I’ve seen some of the most exciting events; paper bags on top of heads, ‘Date Escapes’ is obviously completely niche as well. I feel like the game is definitely changing, but I don’t think in a bad way at all.

We shouldn’t be afraid of dating as a concept. I feel like people thought dating was a very big word that sounded like commitment and trying, but I think nowadays we’re definitely more open to the word. Even if we call it a different thing, like ‘chirpsing’ or something like that, we shouldn’t be afraid of it and I think we are getting less afraid of the concept.

That’s why other mainstream apps have taken off and dating apps have gone ridiculously big. There’s definitely a future for it, but I could only have an educated guess about where the future will be.”