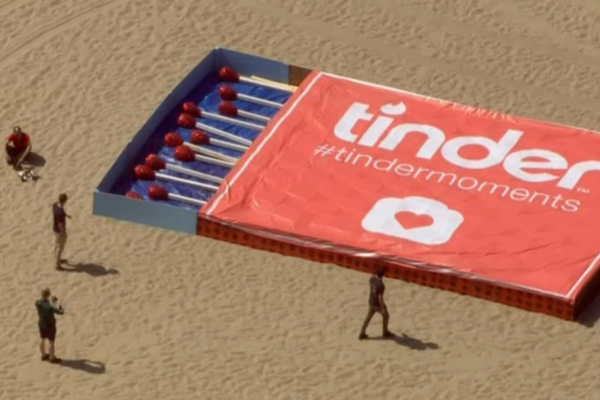 A host of 8ft matchsticks that appeared across LA over the past few weeks, has been revealed as a Tinder marketing campaign for their new Moments feature.

And as part of their marketing campaign, Tinder, in association with LA artist Manny Castro, had been placing huge matchsticks with #moments written on them, around the LA area.

People posted about the mysterious matchsticks on Instagram and Twitter, some thinking they were an art installation, or part of an anti-smoking campaign.

On Thursday, Tinder revealed they were behind the stunt, dropping a huge Tinder matchbox containing matchsticks with #tindermoments printed on them, on Venice Beach.

NBC spoke to the artist, Manny Castro, who said it came about after meeting one of the founders of Tinder at a party.

He said: “It was really exciting to see people engage, interact, play with them, make it a part of what they wanted it to be.

“With 2 billion matches made to date, we’re now giving you a whole new way to get to know your matches.

“With Moments you can swipe through fun Moments shared by your matches and get a glimpse into each others lives.”