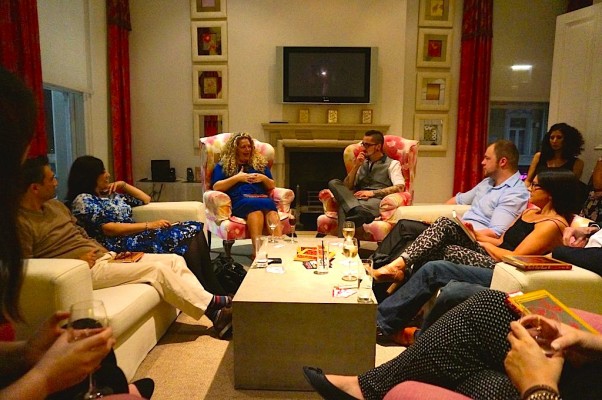 Eve was in the UK promoting her debut dating book, Get It Girl Guide: Online Dating & Sextiquette, which tells the story of how, after her marriage ended, the Texan set herself a goal of going on 52 dates in a year.

The trials and tribulations of these dates are documented in the Get it Girl Guide, from the man who smelt like corn, the multitude of men who sent her unsolicited photographs (which were promptly forwarded to Eve’s female friends), right up to the story of meeting her partner of six months, Levi. Levi said Eve’s online profile was the “most impressive personal branding and marketing I’ve ever seen”, and included captions on her profile pictures such as “the dress I’ll wear on our first date”, and “the beer I’ll bring your when you are watching the game.”

Before meeting Levi, Eve went on 52 dates with 28 men, over nine months.

Fielding questions about her dating life in London, Eve spoke about how she was helped along by creating her “fearless alter ego”, who she transformed into whenever she needed the courage to embark on another date — and the subject of her recent TedxTalk.

Eve is the CEO of Social Media Delivered, a well respected company that consults, trains and outsources social media, and was ranked by Forbes as the seventh most influential women in social media.

The Get It Girl Guide, Online Dating & Sextiquette, is being published by Brown Books.

Eve will also be speaking at events in New Orleans, Houston and New York to promote the book.