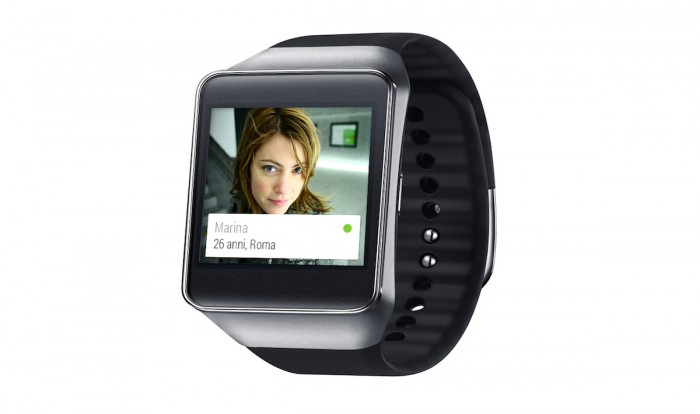 Meetic has joined Tinder and Match.com by being available for Android smartwatch.

The European dating company has recently released the update on the Google Play Store.

It allows you to check profiles, which displays a user’s name, picture, age and location.

You can browse through singles by sliding the screen to the left.

And by sliding down on the watch’s screen, you can register your interest in them.

Meetic, Match.com and Tinder are all owned by IAC – who are trying to lead the line by making their dating apps the first available on wearable.

The Apple Watch is slated for a 2015 release, and Sean Rad – the former CEO of Tinder – has already said they are planning on releasing a version for the device.

Apple said the SDK for the wearable will be released in November, so developers can being preparing their apps for release.