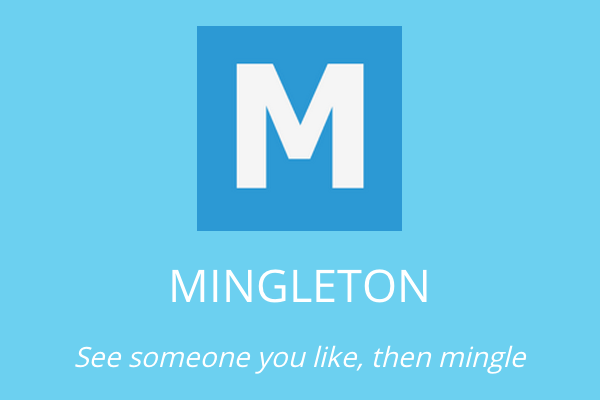 A dating startup aims to take Tinder hyper-local by only showing people in your immediate vicinity.

Mingleton uses the same technology as Apple’s iBeacons, in order to locate users who are in within 50m of you.

It does this by harnessing the iPhone’s Core Bluetooth and Core Location technology.

A user simply opens up the app, clicks “See Who’s Nearby”, and if anyone appears who matches your age and gender preferences, you can see their profile and ask them to mingle.

Unlike Tinder however, there is no chat function, as Mingleton’s creators – Harvard graduates Obi Ekekezie and Joel Ayala – say they want to reverse the normal dating procedure – letting users spot someone in real life first, then “use the app to find out if that person is interested in them” – if they have the app, of course.

At TechCrunch Disrupt, Tinder CEO Sean Rad said they were possibly looking to introduce a similar feature, where the people you wanted to see, in a bar or a club, would “surface on a map”.

And although Mingleton might have beaten Tinder to harnessing this bluetooth-based close-quarters matching, one can’t help but feel it would work better as a side feature of an existing app, especially one with scores of users, considering its limited perimeter relies on lots of people having the app.

And while you could imagine gaining users through promoting the app at parties, events or conferences, it will be a very tough ask to get users to return to it, when the majority of the time there will be no one in their vicinity.

The app is currently available only on iPhone, download it here.