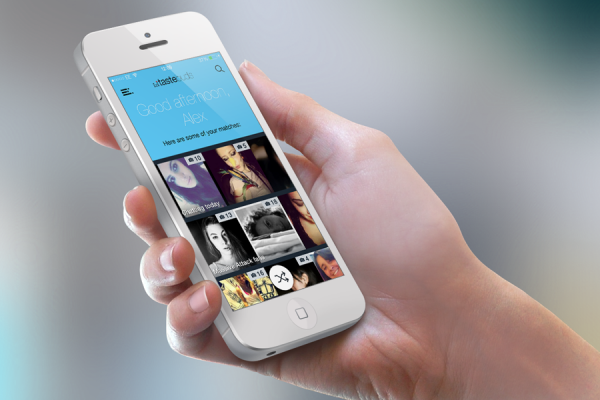 The London-based company has delivered its long-awaited app, which searches through a user’s iTunes library to match music-lovers by their favourite artists.

Users sign up either via Facebook or by manually inputting a photo, username, email address, sexual orientation, gender, DOB and hometown.

The Tastebuds apps then scans your iPhone’s library – much like gig finder app Songkick – and adds your favourite music to your profile.

You can then swipe through nearby matches who have the same music taste as you, or browse through grouped categories like Hip Hop fans.

See someone you are interested in and simply send a message, or a song, to introduce yourself.

Tastebuds was created in 2010 by Alex Parish and Julian Keenaghan, who were in the band Years of Rice and Salt together.

Parish said: “Our mission is to connect people across the globe through music, so we’re thrilled to introduce the Tastebuds concept to mobile.

“Musical preferences can tell you a lot about a person and having something in common is a great conversation starter.

“It’s the best way to break the ice; we have the highest response rate to messages of any social discovery service.”

The iOS 7 app was created after raising $600,000 in funding, to in order to grow their user base and build a mobile app.

Tastebuds recently introduced the Gig Roulette feature to their desktop site, which generates a nearby concert and someone you might want to go with.

They also launched a Spotify sharing app in 2012, which lets users swap playlists and tracks with each other.