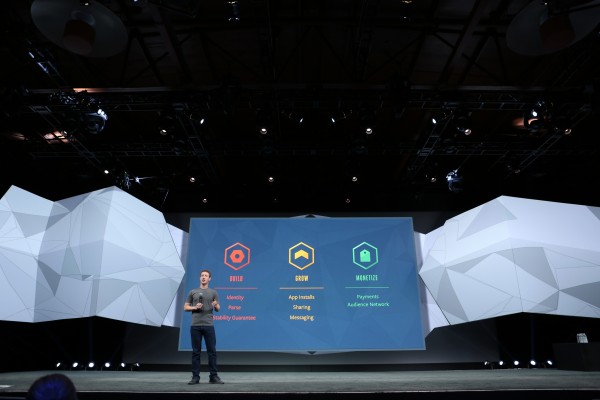 Facebook have officially launched their mobile ad network, Audience Network, which will let advertisers extend their campaigns into third-party apps.

The move was announced yesterday at the F8 developer conference in San Francisco by CEO Mark Zuckerberg.

Facebook’s Audience Network will distribute ads across a network of mobile apps, expanding Facebook’s available advertising space, and creating a new source of revenue for the social network.

These ads will be available in three formats: banner, interstitials, and native ads.

The network, which they began testing in January, uses the same ad-targeting available for current Facebook ads, including Custom Audiences, core audiences and lookalike audiences.

Zuckerberg said: “This is really the first time that we’re going to help you monetize in a serious way on mobile.”

The native ads will fit the look and feel of the app that is supporting the ad.

Facebook will share the revenue with the app makers, but they did not reveal what the cut would be.

Zuckerberg said: “The mobile ecosystem needs a way to deliver these kind of native, personalised ads to people, and I’m glad that we can deliver more than one million active advertisers to your apps.”

At the conference they also revealed plans to let users limit how much information is shared with third-party apps, and a feature which allows users to login to social apps without revealing their identity.

They also introduced an Anonymous Login feature, which allows users to sign up to apps without revealing any information apart from their name and gender.

This move aims to increase trust amongst users, and allow them to “test apps without fear” Zuckerberg said. “By giving people more power and control, they’re going to trust all the apps that we build more, and over time use them more. And that’s positive for everyone,” he said.