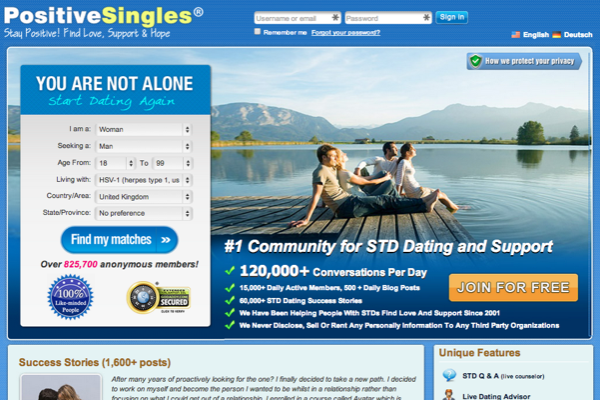 The company was found to have broken consumer laws by sharing the STD information with other sites in their database.

A Californian jury also found them guilty of fraud, malice and oppression.

The site said it offered “a 100% confidential and comfortable community” and did not “disclose, sell or rent any personally-identifiable information to any third-party organisations.”

The claimant sued the site in 2011, saying his data was shared with the company’s other brands, such as Herpesinmouth, ChristianSafeHaven, AIDSDate and Positively Kinky.

Although a link to the terms and conditions was given during signup – which said a user’s details might be shared with other sites in their portfolio – inclusion on such sites suggested things about the claimant which were untrue.

As the claimant’s lawyer said: “The plaintiff is not black, gay, Christian or HIV positive and was unaware that defendant was creating websites that focused on such traits that would include his profile, thus indicating that he was all of these things and more.”

The fine was for $1.5m in compensatory damages, and $15m in punitive damages, under the California Legal Remedies Act.

However the case is still active, as they have filed an amended claim.

Two women previously lost a similar case against SuccessfulMatch and PositiveSingles earlier in the year.