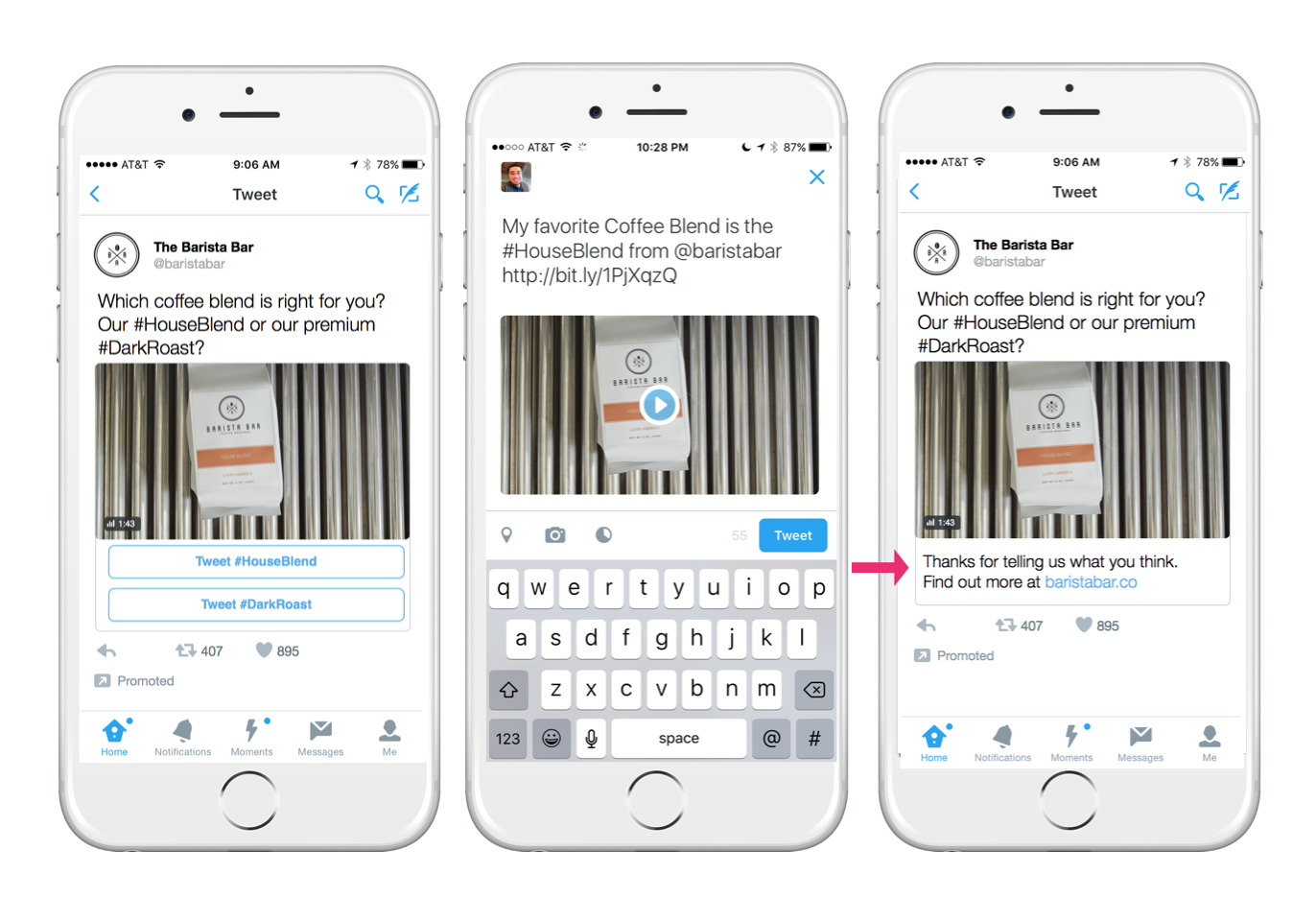 Twitter has just unveiled its latest way for companies to advertise on the social media platform, launching its new conversational ads.

In a blog post, Twitter claimed that its new ad format is designed to make it even easier for users of Twitter to engage with brands, and to spread campaign messages.

To increase consumer engagement, the new ads include call to action buttons, alongside customisable hashtags that can be changed by a brand to fit the advert’s purpose.

Once a user taps a call to action, the Tweet composer opens with a prepared brand message, accompanied by two hashtag buttons.

The user is then able to personalise the Tweet and share it with their own followers, helping the company’s advert reach even more people on the platform.

And after the user engages with the ad, they will receive a thanks from the company itself. Over the past few months, Twitter has let a few select companies test out its new style of advertising, and has reported positive results.

One brand that beta tested the new ads is Samsung Electronics Canada.

Speaking about the company’s experience, CMO Mark Childs said: “As one of the first global brands to use Twitter’s new conversational ad unit, we’re excited by the opportunity to initiate more meaningful conversation.

“To stay ahead of the curve, it’s important to continuously evolve our social media engagement strategies to help our fans get closer to the Samsung Canada brand.”

Twitter also revealed it had teamed up with Lifetime to beta test a video version of the new ad tool. Director of Social Strategy for Lifetime, Marissa Vinciguerra said: “We are thrilled to join forces with Twitter as a partner to launch the conversational video tool for the upcoming premiere of our new series, ‘Pitch Slapped’ on January 5th.

“The Tweet features voting buttons encouraging fans to engage with our creative and is a perfect match for this campaign.”

The new conversational ads are now available in beta for select advertisers across all markets.