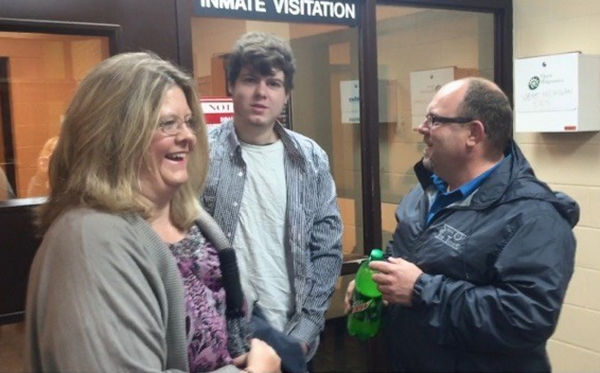 The judge that sentenced an American teenager to 25 years on the sex offenders register is said to be reconsidering the case.

Zach Anderson, aged 19, spent 90 days in prison and is facing 25 years on the register, for having sex with an underage girl he met on a dating app.

He was jailed after he met a 14-year-old girl on dating app Hot or Not, who claimed to be of age, and had sex with her.

The case has been subject to national debate, after the boy’s family, and the family of the 14-year-old girl, pleaded for the strict conditions to be repealed.

In addition to 25 years on the sex offenders register, Anderson was handed a five-year smartphone ban and 8pm curfew by the court.

The 19-year-old is also prohibited from talking to anyone under the age of 17, with the exception of his younger brothers, and is not permitted to go anywhere that serves alcohol.

But now the judge in the case, Dennis Wiley, is reconsidering the sanctions after an appeal from the 19-year-old.

Judge Wiley said: “I do want to take a closer look at those cases because of the ramifications”.

A possible outcome of this is that Anderson will not be put on the sex offenders register for 25 years.

Talking to CNN, Anderson’s lawyer Scott Grabel said: “I don’t certainly speak for the public in general, but the comments I’ve read nationally think that his whole life shouldn’t be ruined by his decision to go on a date and obviously have sexual relations with that person, especially when that person in all honesty misrepresented their true age.”

Since Zach’s conviction, his parents Mr and Mrs Anderson have been campaigning to drop the strict conditions of his punishment, and have been raising money to aid with the cost of Zach’s trial.

So far, the legal and housing fees have totalled $30,900, according to an image posted on the Justice 4 Zach Anderson, Elkhart Facebook page, which now has almost 650 subscribers.