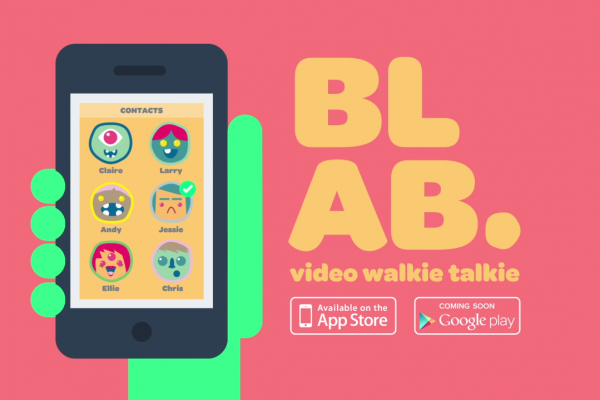 Bebo is relaunching with a series of apps, the first of which is a free Snapchat-style video messaging app.

Blab will be released for iOS and Android in March, and allows users to send short videos which you record and watch by holding down the smartphone screen.

The videos sent on Blab do not self-delete however, and recipients can watch the video as many times as they like, before another comes in.

Shaan Puri, CEO of Monkey Inferno, the tech incubator behind the app, said: “Of course, we understand that sometimes people make mistakes when they send a video (saying the wrong thing, or choosing the wrong person), so we made an even simpler way to cancel the video.

“All you have to do is ‘shake-to-destroy’, which means you can shake your phone within 5 seconds of sending a video, and it will cancel sending the video.”

Users can also send videos to those who do not have the app, via MMS.

Puri said: “Rather than come back as a clunky social network, full of complicated features, we wanted to make an app that was simpler, doing one cool thing really really well.

“While there are many apps on the phone, the killer app is still communication and messaging. For the first time, we’ve made video messaging incredibly user friendly.

“People are saying it’s like being able to do Facetime, but on your own time.”

Birch originally sold Bebo to AOl for $850m in 2008, who then sold it to hedge fund Criterion Capital Partners in 2010.

He announced the revival of the social network, which started in 2005, with a tongue in cheek video on the site, which you can watch below: