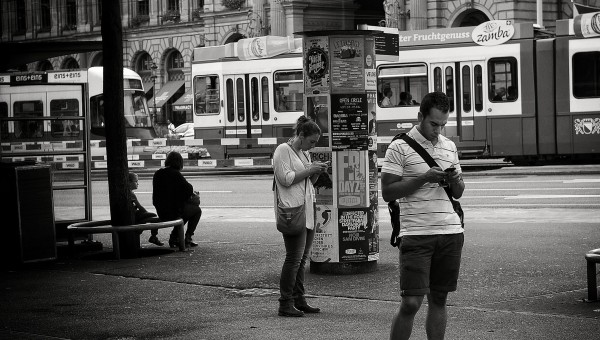 It has become increasingly common for individuals to find their partners online, a trend which started around 1997. Back then, not everyone acknowledged the benefits of this activity, which was perceived as a rather impersonal way of finding love. In recent years, a new generation of tech savvy individuals has emerged, which regularly uses devices to keep in touch with their friends and relatives, as well as for access to online dating sites or apps. In addition, older adults have also discovered the benefits of online dating services to connect with other people; and today they represent a significant segment of the online dating market. Why struggle to find someone special in a crowded bar when you can do it more easily and effectively from the comfort of your own home?

The industry has grown exponentially in many Western countries. For instance, one in ten Americans have used an online dating site or mobile dating app; 66% of these users have gone on a date with someone they met through a dating site or app, and 23% have met a spouse or long term partner through these sites (1).

It is estimated that the industry is worth more than £2bn globally (2).  In the UK, it is worth £300m a year and, according to the UK’s Online Dating Association (ODA), ‘online dating accounts for more than 25% of all new relationships’. And the offer is widening: matchmaking, niche dating, social dating, and online personals, are all examples of new products that have been launched in recent years.

The UK industry is growing…

There are about 1400 dating sites in the UK alone. These sites differ in terms of their number of users, their user characteristics, geographic coverage, and in their business models.

The subscription-based model is the preferred business model of some of the largest sites. They generally offer their services for a fixed monthly payment, although members can typically sign up for free. These sites also tend to offer additional services, such as background checks or real-world events. This is in contrast to the advertising model, which is usually free to join and use, with sites earning money through online advertising.

A British company which operates under the advertising model is FreeDating.co.uk, founded by Dan Winchester. The site was established in 2005 and operates solely in the UK. It is completely free to use, from the sign-up process to messaging other members.

In the online sphere, the identities and characteristics of individuals can be hidden or falsified. And although it has been argued by the media that users of unpaid sites may be less committed to finding a long-term partner, or that these sites may be less safe, this is not always the case. Winchester, for instance, argues that they “try to make this experience as positive as possible by investing in systems and processes to detect and remove scammers and sexually inappropriate people from the community.”

A 2014 study by ‘UK’s Leading Dating Sites’ (3) found that the number of monthly users over the last two years has increased 13 percent; there is now a total of 7.1 million users. This is a sizeable proportion of the 64.1 million people living in the UK.

However, revenue has slightly decreased in the same period. The study points at two causes: the migration to social dating platforms and improved consumer protection regulations.

Regulators across the world have sought to regulate dating services, as they try to protect the growing number of individuals that use them. Mainstream sites such as eHarmony and Match.com, alone, have 20 million and 17 million worldwide users respectively.

In the US, regulation began with the International Marriage Broker Regulation Act (IMBRA) in 2005. The law sets out specific obligations for international dating sites, including the requirement that marital background checks are run on men and submitted to women in a language they understand.

In 2008, the state of New Jersey became the first to pass a law requiring dating sites to disclose whether they performed background checks, after successful lobbying from online dating service True.com, which already performed such screenings.

In China, transnational matchmaking is illegal. However, the country’s largest online dating site Jiayuan.com has reached 100 million users after 10 years. In Singapore, the government actively acted as a matchmaker for decades through the Social Development Network. Only 4% of citizens have, therefore, ever used an online dating service.

In the UK, the Online Dating Association (ODA) was set up by industry members in 2013, as they took collective responsibility for their market and operations. The industry decided to self-regulate and created a Code of Practice. As George Kidd, Director and Chief Executive at the ODA, explains: “the industry did not just want to rely on the State to provide regulation and protection in relation to trading practices, privacy matters and the safety of users.”

The ODA Code focuses mainly on the following issues:

This has been an important step towards creating a regulatory framework that addresses the challenges that the sector faces as it grows. It remains to be seen whether regulators start to take steps to implement new regulation specifically directed at online dating sites. However, government intervention currently seems less likely, because the industry has been proactive through developing a set of rules that online dating providers (who are members of the ODA) must adhere to.

George Kidd argues that “the industry is bound by consumer law, privacy law, commercial practices and advertising legislation, and e-commerce regulations.” Some provisions of the Code that ODA members must comply with, for instance, are to offer online cancellations as a right; or not to create fake profiles to stimulate activity. Interestingly, the association and ODA members also work with the police on public safety issues.

“It is about ensuring a generally high standard of practice that gives assurance to the ICO and other bodies that regular and sanction-based intervention is not necessary,” Kidd says.

The future of online dating

Many believe that the future of online dating will be mobile.  A study by online dating website eHarmony has found that more than half of their users already use smartphones to access the service.

Mobile dating (or location-based) apps, such as Tinder or OK Cupid, have seen their user numbers rise exponentially. The CEO of Tinder, Sean Rad, has proudly said that their app has already generated 45 million matches (not couples). However, certain mainstream sites also offer app-based products.

The ODA interestingly says they “see some move towards hybrid services that offer users more options in terms of events and group evenings — speed-dating 2.0”.

But there is a common trend amongst companies in the sector: innovation. New business models are flourishing, which may, in the future, be of interest to regulators. For instance, website Tawkify offers its users their own personal matchmaker for a relatively low cost. Online dating app On.com allows users to share photos of themselves and chat, similar to a social network. Coffee Meets Bagel, on the other hand, offers its users a “daily dating deal” called “bagel”, which can be accepted or passed, with any of their Facebook friends (or friends of friends).

These alternative online dating models offer local businesses, such as restaurants, entertainment venues, retail, and accommodation, a collection of behavioural data to better understand the demographics of their target market. As useful as this may be, it is also likely to raise new questions for regulators as they try to address privacy issues. It therefore remains important that the industry continues to proactively tackle these and other issues to help secure their future business growth. Otherwise, technological innovation may mean that the industry will have to prepare for regulatory intervention in the future.