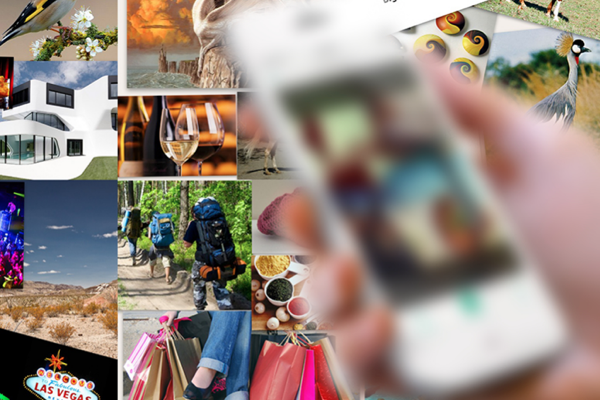 A new trend has emerged in online dating – using pictures rather than words to build profiles.

They seek to capture the popularity of Instagram and Pinterest by working such ideas into the form of a dating service – offering an alternative to the “old model” dating profile.

Elan Miller, one of Glimpse’s three co-founders, said to Mashable: “People are really bad about talking about themselves. That’s why a lot of dating profiles are really boring.

“I always felt that Instagram said way more about me than my dating profile ever would.”

Glimpse asks for details like gender, DOB and sexual orientation, then links with your Instagram account and asks you to choose nine photos, and a profile picture.

The app, currently available by invitation only, allows users to “smile” at each other and if a user smiles back they are put in touch.

Another site, Dreamcliq, uses a picture-only profile, similar to a Pinterest inspiration board.

Melissa Jones, the site’s CEO and co-founder, said to StyleCaster: “People are three-dimensional, and the way our site works is more organic and more sensual.

“The vibe that you give off when you walk into a bar, you might be attracted to someone because of their physical looks, but you might also vibe off their aura and their energy.”

Dreamcliq is free to use, however in order to “cliq” with someone – i.e. send them a personal message – the user has to pay a small amount, equivalent to a cup of coffee.

Jones says: “You pay when you want to speak to someone specific.

“People are much more likely to reply when you’ve paid specifically to speak with them.

“If you don’t hear back from someone within seven days, we offer you half a cliq back so you can use it to cliq with someone else.”

Twine Canvas, originally launched as the “flirt first, reveal later” app Twine, has also made the move to photo-profiles.

The app prides itself on putting “personality first” and works like a cross between Tinder and Instagram.

Users upload a personality canvas – photos that express their interests – and if users mutually like each other’s canvas, they are put in touch.

Online dating is constantly looking for ways to diversify the dating experience, and have a tendency to jump onto the social media trend of the moment.

We can see that here – with companies trying to channel the popularity of Pinterest and Instagram into dating services.

We also saw it last year with video – MeetMe looking to capitalise on the success Vine and Instagram had with social video, by launching their Vine-inspired app, Charm.

The problems such services face is that what makes a social platform popular doesn’t necessarily mean it will make for a successful dating service.

Once you slap the tag of dating on something, it changes its feel – users are no longer just users, they are daters.

However such apps do allow users to create a profile simply, and without the time-consuming nature and awkwardness of having to write a long profile.

This is something many dating apps are now offering, and picture-profiles may well tempt those previously unwilling to try online dating.