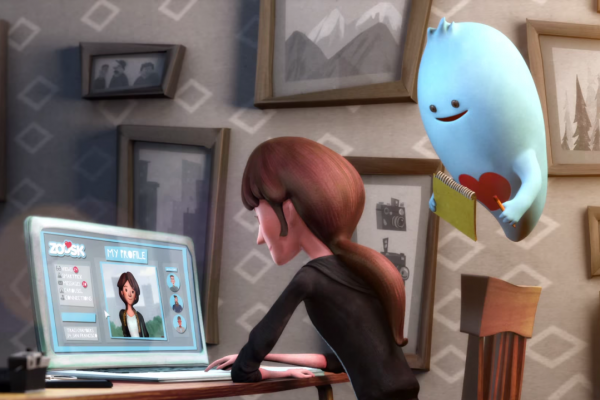 Zoosk have released a new TV advert, where an animated dating companion helps to pick out personalised matches for two users of the site.

The advert was made by Aatma Studio, who have previously worked with Nike, EA, Sony, VISA and VW.

The TV spot portrays Zoosk as standing opposed to the sites that “think love comes from questions and tests”, but rather tailors your matches based on your previous activity and likes.

San Francisco-based Zoosk filed for a $100m IPO in April, and revealed that they have around 26m members, with 650,000 subscribers in over 80 countries.

Watch their new spot below: