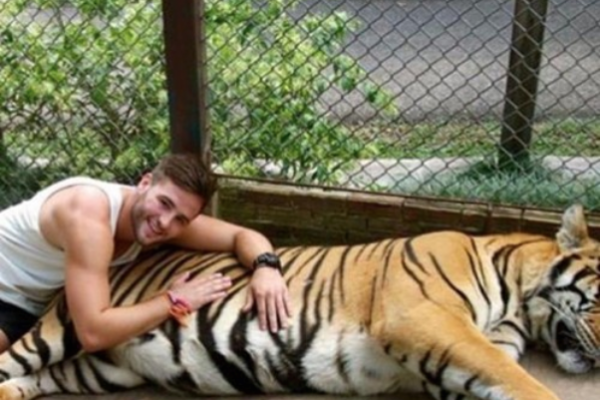 New York has passed a law to stop people taking selfies with tigers and other large cats.

In June we reported that legislature to ban the popular craze among users of apps like Tinder has been proposed, and this week Governor Andrew Cuomo signed the bill.

The law will stop people from having direct contact with any large cat at zoos, carnivals, circuses, travelling animal shows and fairs.

Anyone caught breaking the law will get a $500 fine for their first offence, and up to $1000 thereafter.

“This is a serious issue. People who take selfies with wild animals are fooling with their lives. And it harms the animal because they’re generally not well-treated. They’re seen as profit-making props.”

The dating profile trend, amongst mostly male users, spawned the blog Tinder Guys With Tigers, but wildlife advocates say it is dangerous for both “man and beast”.

Animal welfare charity Care for the Wild started a campaign called No Photos, Please!, saying that “many don’t realise that these so-called ‘photo-prop’ animals are usually badly treated, abused, orphaned when they are babies, and discarded when they are less ‘cute’.”

The law will become active in six months.

There are similar laws in place in Mississippi, Kansas and Arizona.