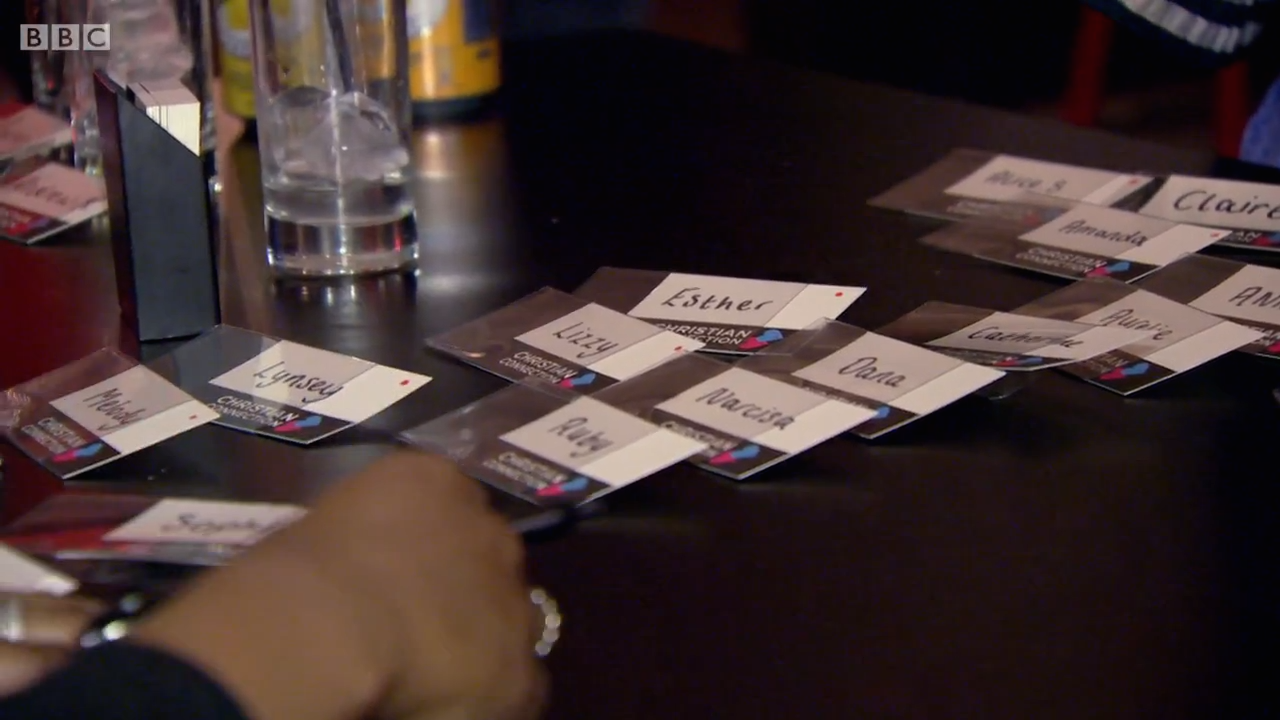 Included in this was a speed dating event in an East London cafe, hosted by Christian Connection, where 50 single Christians got to know one another in four minute spells.

D’Arby interviewed Jackie Elton, the founder of Christian Connection, who said that although people expressed concern about religious speed dating, the concept was actually created by a Jewish rabbi for singles to meet in synagogues.

Speaking about Christian Connection’s appearance on the BBC show, Elton said: “The feature provides a welcome spotlight on single Christians seeking long-term relationships in a Christian context – in that sense it is long overdue.

“Too often dating programmes on TV have felt rather trivial and sensationalised. The Songs of Praise feature shows that this is about real people who are searching for real love and companionship with a faith dimension. It was shown to an audience that wouldn’t normally watch a dating show and we think it could change a few minds.”

The feature also discusses the pressure many younger Christians feel from their church, family and society to be in a relationship, and the struggles of finding someone with similar values.

From an industry perspective, the interviews also highlight the worth, and need for, good niche dating sites.