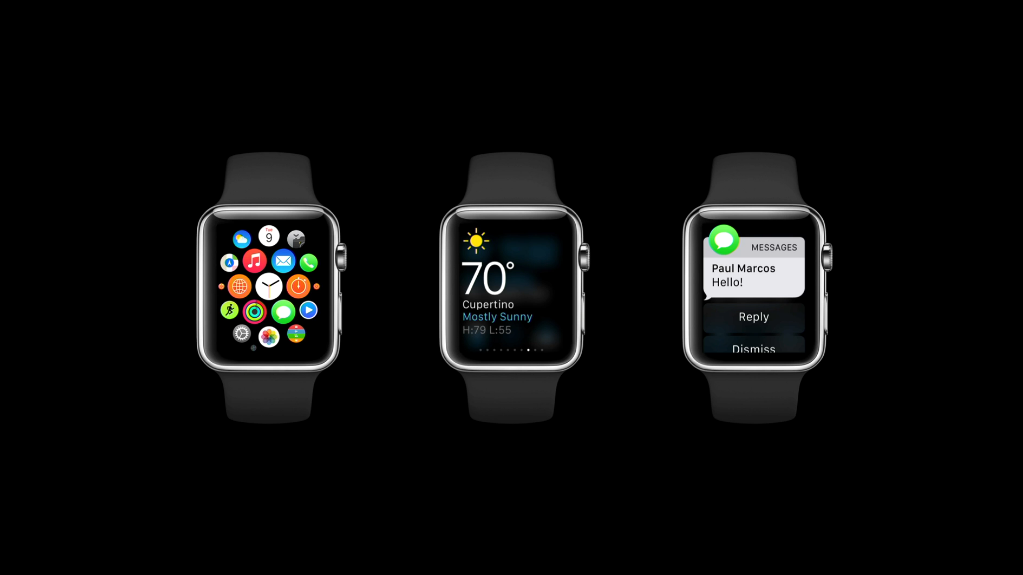 Apple have released their developer kit for the Apple Watch.

Called the WatchKit, it marks the start of a race amongst developers to create apps for the wearable, ahead of its 2015 release.

With the release comes more information about how the Apple Watch will function, and what features and functionality developers can harness.

The Watch will act as an extension of your iPhone and iOS app – acting in partnership with your phone, rather than working separately.

You can create notifications that users can respond to and perform actions from their watch – whether to like a photo on Instagram, turn the lights off in your home, or view a new message or wink.

Glances will also allow developers to create screens that show tailored information when users glance at their watch – be it progress on a timer, or stage in a journey.

Glances are pull rather than push, and “unlike an alert pushed to a device, Glances are accessed at the wearer’s discretion.”

The resolution for the Apple Watch displays were also revealed: 272 x 340p for the smaller device, and 312 x 390p for the larger watch. The common aspect ratio is 4:5.

Although the Watch apps are powered by an iOS app, Apple did reveal that fully-native apps will also be supported, but probably not until late 2015.

Offloading the processing to the iPhone means the battery life on the Watch should survive longer, but that you will need to have both your iPhone and Watch for the latter to work.

It also means that users, and developers, will not have to upgrade their Apple Watch, as almost everything happens from the iPhone.

Gestures on the app have also been set – developers will only be able to use the following swipes:

No multi-finger gestures are available.

Another interesting bit of information – maps will be a “non-interactive snapshot”, allowing up to 5 annotations of pins or images.

Meetic, Match.com and Tinder have all created dating apps for smartwatch on Android Wear.