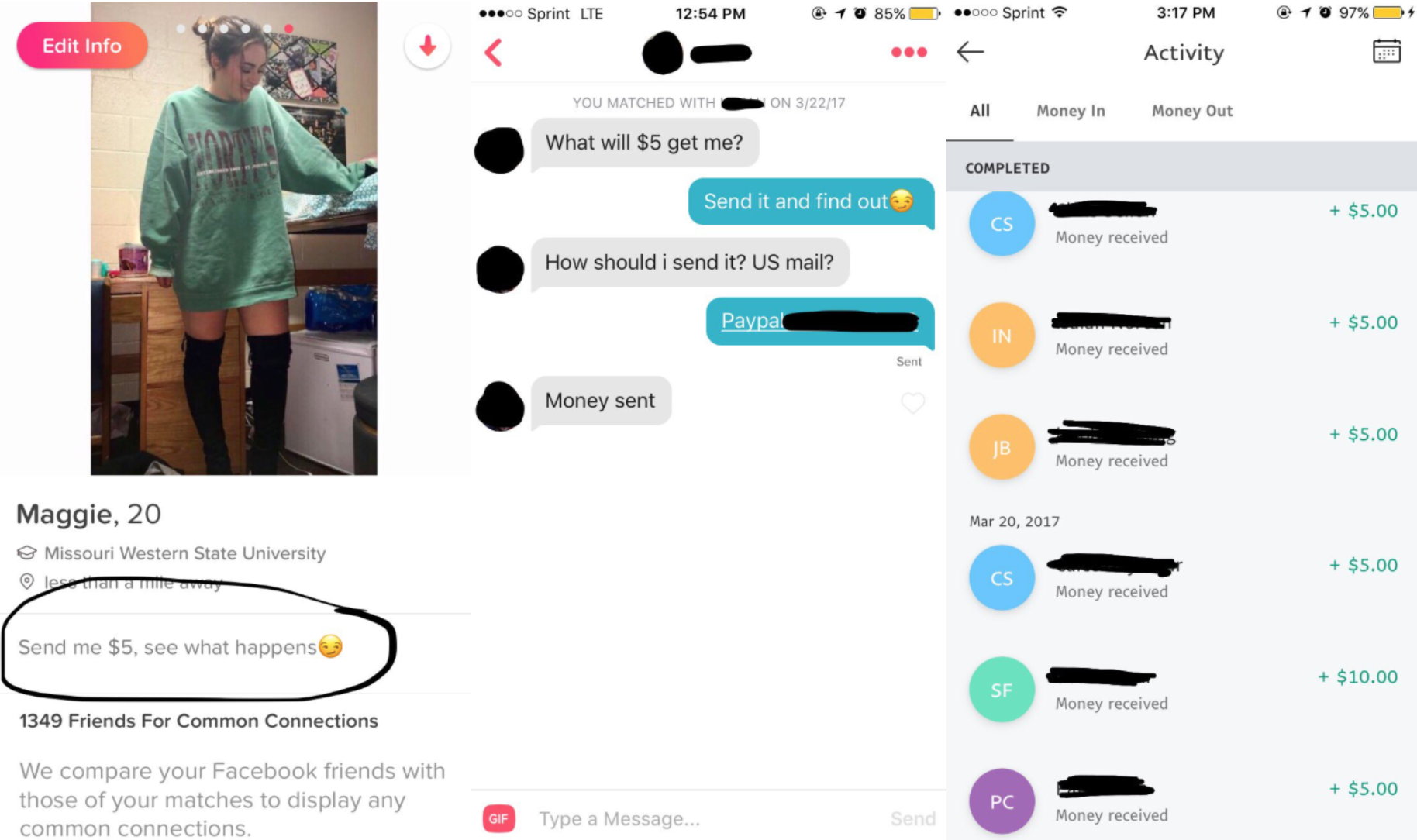 A 20-year-old has been blocked from Tinder after her viral ploy of tempting $5 from male matches made her $100 in a week.

For the ploy, Maggie Archer from St. Louis, Missouri set up her Tinder bio to read: “Send me $5, see what happens”.

And sure enough, a “surprising amount of men” took the bait, according to Archer – who was interviewed by Buzzfeed this week.

She waited for them to ask what the $5 was for, before replying with messages like “Send it and find out”, and posting a link to her PayPal account.

Once she received the funds, Archer un-matched with them.

Archer said: “It’s really a foolproof plan, because I’m not actually promising anything, I just say ‘see what happens.'”

The best possible use for tinder pic.twitter.com/bYs49yEds6

Archer said that around one in five men who asked about her bio sent over the money, and she received cash from around 20 men in a week.

Speaking about why she decided to share her Tinder scam idea on Twitter, Archer said: “I figured it was too funny not to share. Also, I wanted to give more women this idea to share the wealth.”

However Tinder did not take kindly to the viral story, saying that Archer’s money-making scam was against its terms and conditions, providing the following statement to Buzzfeed: “Requesting money from other Tinder users violates our terms of service. As a result, these users have been removed from Tinder.”

Archer confirmed to Buzzfeed that she had indeed received an email from Tinder, informing her that her account had been removed from the app.