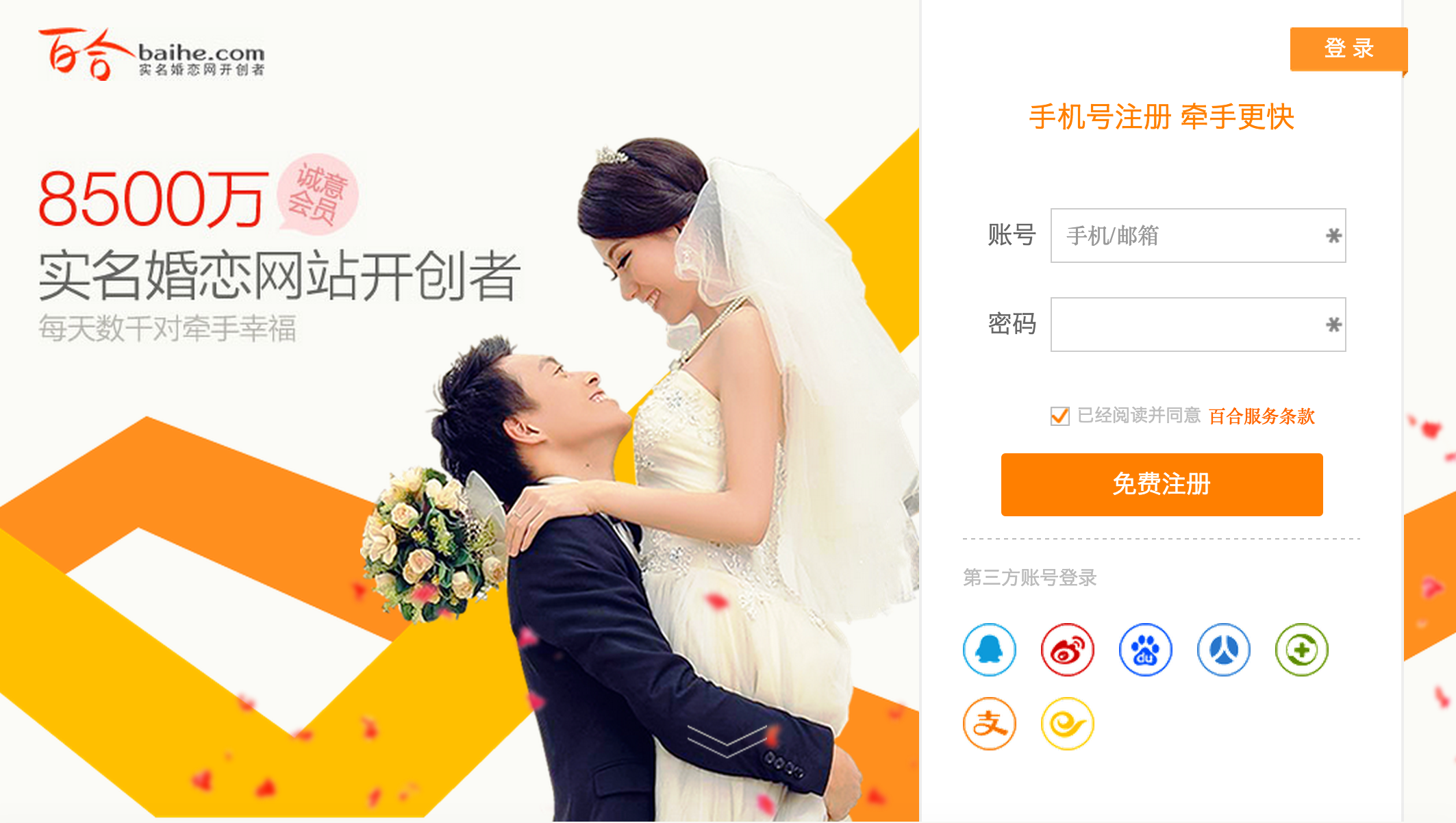 The site, which launched back in 2005, is looking to raise $239m, according to a report by investor Dahu Aquaculture.

Dahu was one of two companies disclosing capital investments in the online dating site.

Dahu Aquaculture invested around $4m in Baihe Online, with Shengda Mining funding the dating site with over $12m.

Baihe Online originated from social networking site Heiyou.com, and is one of the largest online dating sites in China.

Around $3.5m of Shengda Mining’s investment will be added to Baihe’s registered capital, and the remaining will be used for daily operations and biz dev.

Shengda Mining received a 5.13% stake in Baihe, whereas Dahu Aquaculture received a 1.6% stake.

According to China-focused market research company Marbridge Consulting: “Baihe needs the funding to change company structure to meet standards for a domestic IPO and business expansion.”