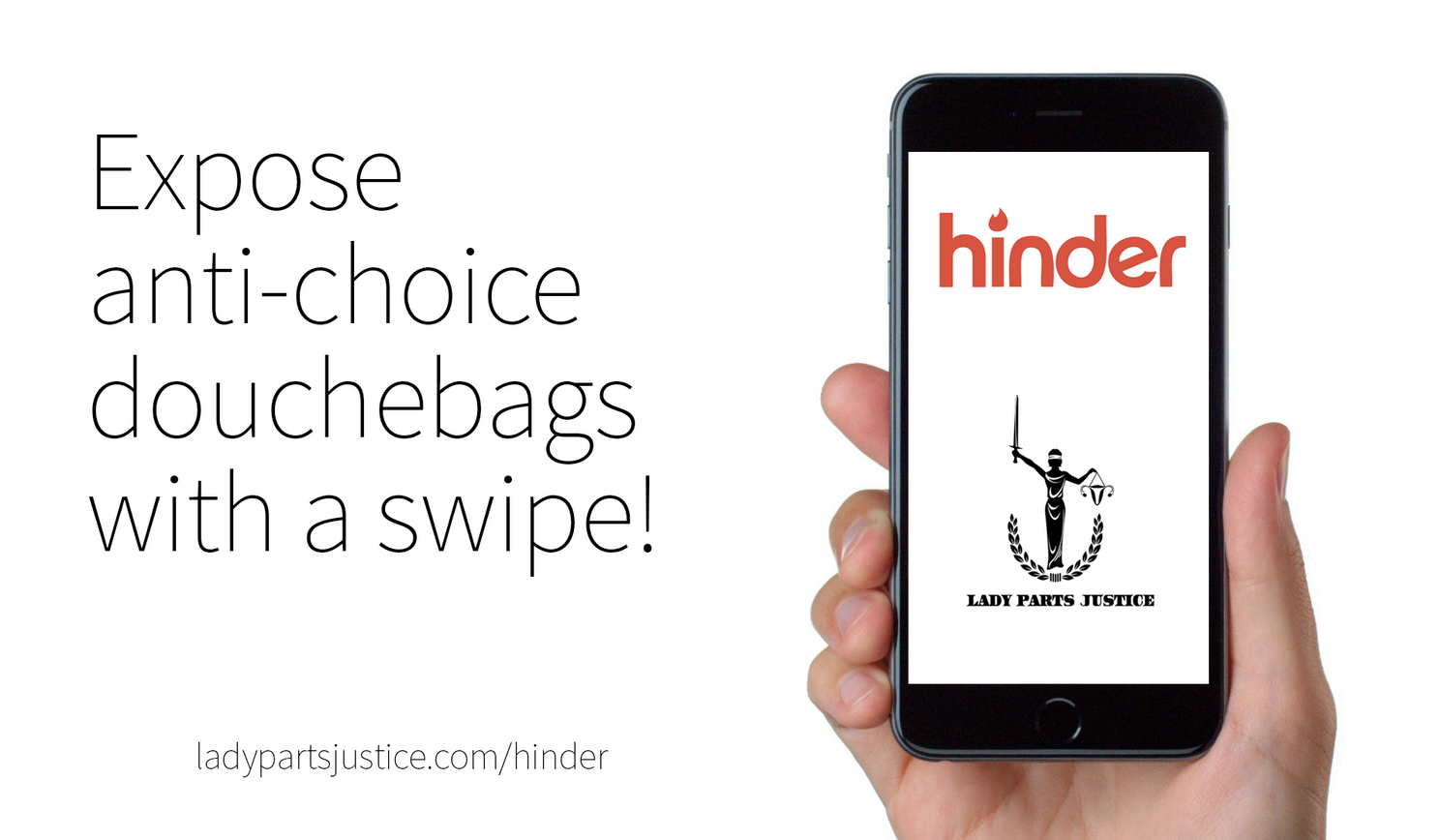 Apple has banned a new app that alerts you to a politician’s voting history on women’s issues.

The app, called Hinder, was created by Lizz Winstead, a co-creator of The Daily Show, who approached Apple with its premise and was told it would not feature on the App Store.

Winstead wanted the app to enlighten users about politicians who have voted to limit access to birth control, abortion or sex education.

As the app’s bio says: “Hinder is an exciting new app that helps you keep track of all the unhinged anti-abortion zealots right in the palm of your hand!

“Just read, swipe and share! Letting people know about craptastic extremists has never been easier! Left or right, any way you swipe it, these creeps need to be exposed and with Hinder now you can!”

However Apple did not see the funny side, and rejected the app under rule 14 of the App Store, which does not allow apps that are “defamatory, offensive, mean-spirited, or likely to place the targeted individual or group in harm’s way.”

However, as Winstead explained to the Huff Post, this rule also says “professional political satirists and humorists are exempt from the ban on offensive or mean-spirited commentary,” and assumed that because she co-created The Daily Show, she’d fall under this category.

Winstead said: “All of a sudden there’s a satirical app like your hookup app that’s telling you that, basically, if you choose to hook up with people, or you make a decision to live any kind of sexual lifestyle that you want, there are people who are desperately trying to prevent you from making that experience be safe, be acceptable, be a lot of things.”

One group trying to reverse the decision is the Ultra Violet group, who have started a petition online, which already has over 20,000 signatures.

The co-founder of the group, Nita Chaudhary, recently said: “Apple’s decision to censor politician’s positions on women’s health is shocking and unacceptable. We demand Apple immediately take action to allow the app Hinder to appear in the Apple store, allowing women to track every ridiculous thing politicians have said about our bodies and our choices.”