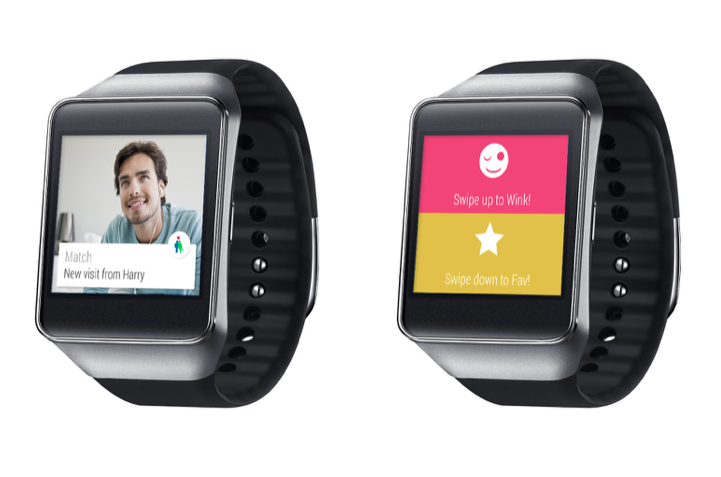 Match.com has launched their first Android Wear app for the UK market.

The new release, which acts as an extension of their Android app, lets you perform all the basic functions of the mobile service.

Singles get notified if they receive a message, are winked at, or someone adds them as a favourite.

To read you swipe the screen, and can respond to messages using the built-in voice command.

Browsing through singles is also streamlined – cycling through profiles with a left swipe, an up swipe sending a wink, and a down swipe adding them as favourites.

Although Match.com’s wearable app has been live in the US for a few months, it is now available in Europe.

Karl Gregory, UK and European Manager for Match.com, said their mobile team had been working in collaboration with Google on the project.

He said the app “marks our first steps towards expanding dating into the wearable technology arena, which we see playing a big role in the future of dating services. By embracing innovative technologies such as this we empower our singles with the best and most ways to meet potential dates.”

Last week Apple released their Apple Watch developer kit ahead of their 2015 release, offering much more details into the available features and functionality of their first wearable.

Tinder and Meetic have also released apps for Android Wear, and Tinder said there were planning on building a product for the Apple Watch.