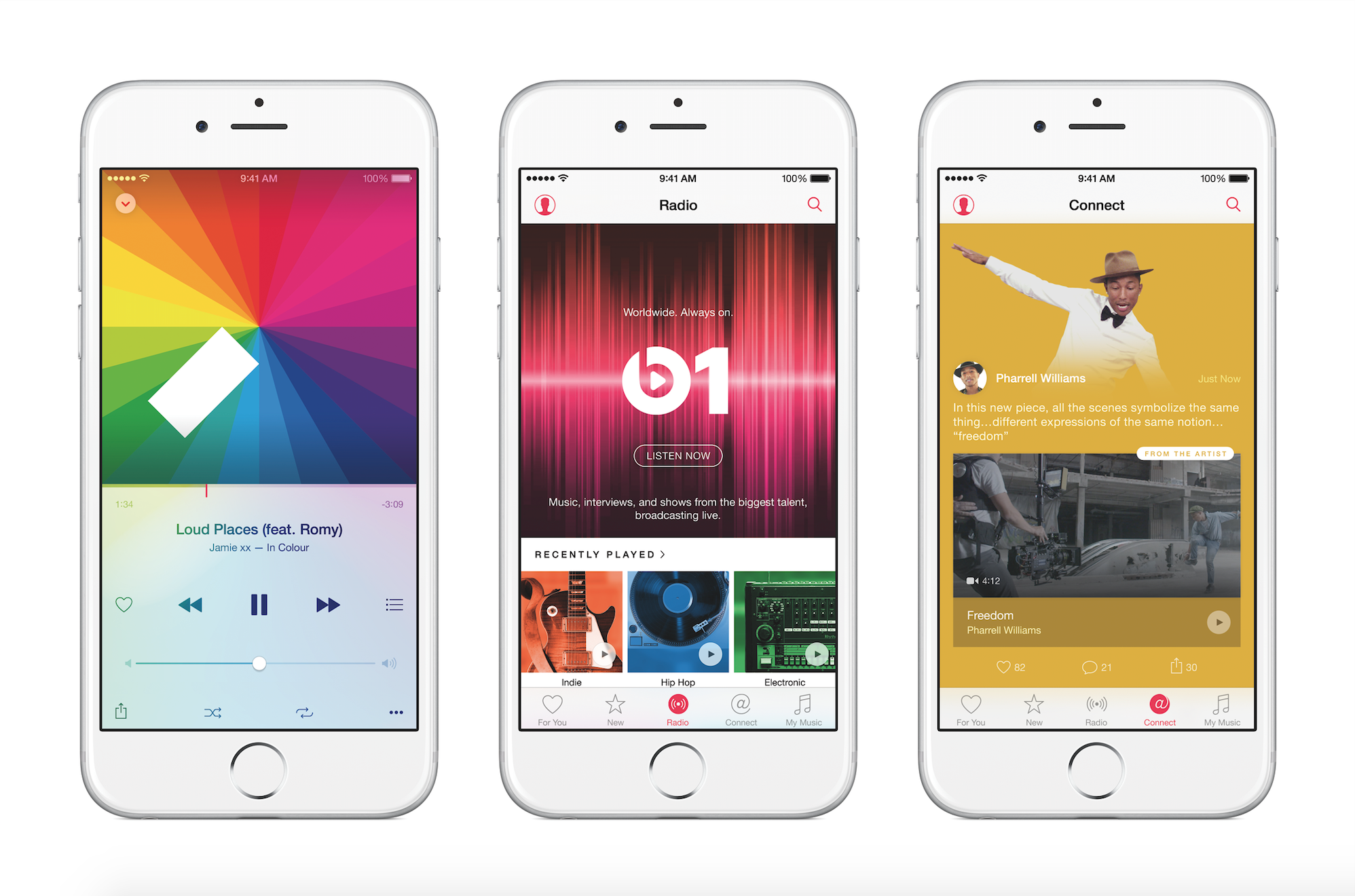 For those interested in Apple’s latest move, the update will go live at 8am Pacific Time, and 4pm GMT.

Beats Radio will start streaming from 9am Pacific Time and 5pm GMT.

This is according to Apple Music’s senior director Ian Rogers, who wrote about the release on his blog.

Apple Music will be free for three months, and after that will cost £9.99 for a monthly subscription.

Speaking at the launch of Apple Music, the company said: “Apple Music is a revolutionary streaming music service, a pioneering worldwide live radio station from Apple broadcasting 24 hours a day and a great new way for music fans to connect with their favourite artists.”

For the first time, this software designed by Apple will be available for Google’s Android system.

However this will only be available to Android users when iOS 9 launches in autumn.

To update Apple devices, users should click “General” in their device’s Settings, and then choose “Software Update”.