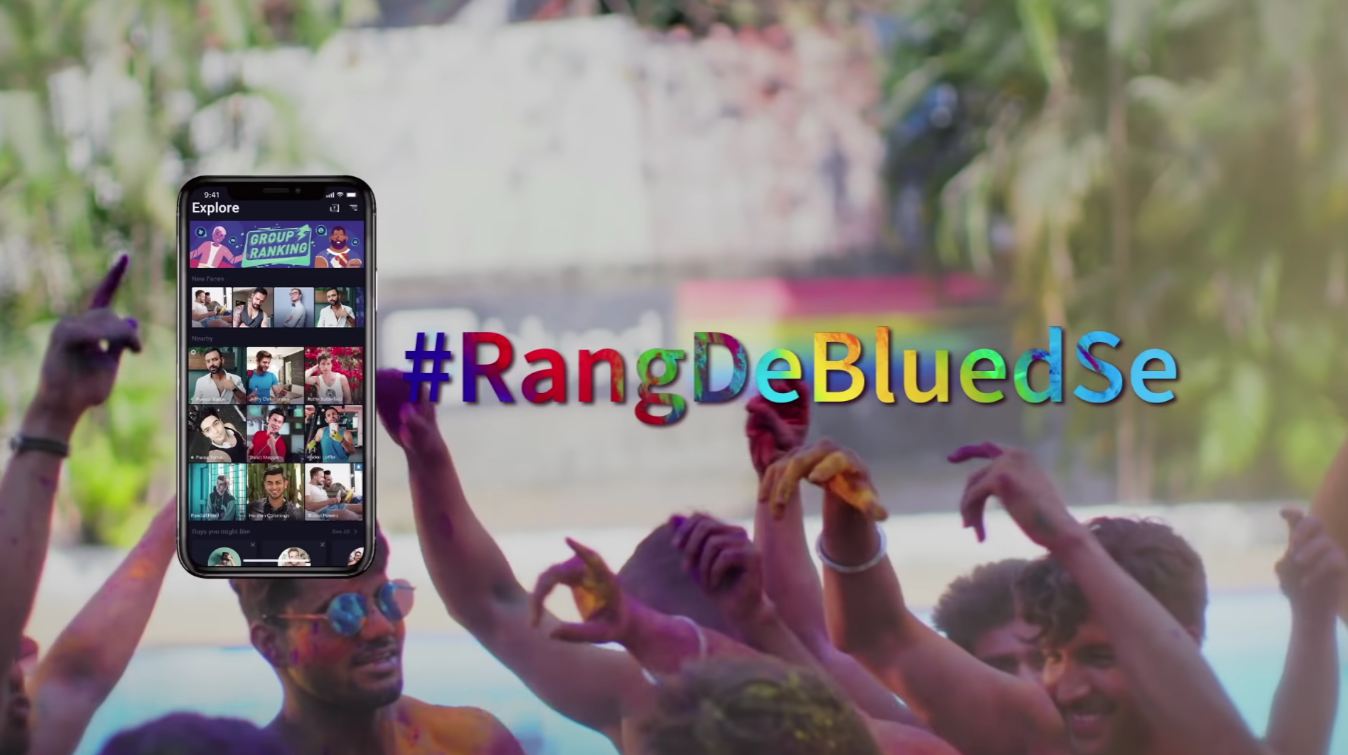 Blued has launched a promotional video in India to commemorate the Holi Festival, which takes place on 20-21st March.

Also known as the ‘Festival of Colours’ and the ‘Festival of Love’, Holi marks the arrival of Spring and celebrates the triumph of good over evil. The Blued campaign #RangDeBluedSe was designed to showcase joy within the Indian LGBTQ community after gay sex was legalised.

In the video a young man attends the Blued Holi pool party where a number of men are dancing, drinking and covering each other in powder paint. He doesn’t appear to know anyone but uses the app to connect with someone and join in with the celebrations.

Marketing Director of Blued India said in a statement: “The LGBTQ community is represented by rainbow colours and showing the same in Holi will strengthen the community.

“Blued has always been keen to spread awareness about LGBTQ rights at large and we aim to continue doing so through this video to the community and more importantly educate the masses.

“Things are improving but we are happy to always be supportive and allowing people to live freely and celebrate their sexuality”.

Any Blued member who shares the video to one of their social media pages is in with a chance of winning a range of merchandise, including t-shirts, mugs and umbrellas.

The dating and social app also launched an awareness campaign after the gay sex ruling asking for full equality for the LGBTQ community.