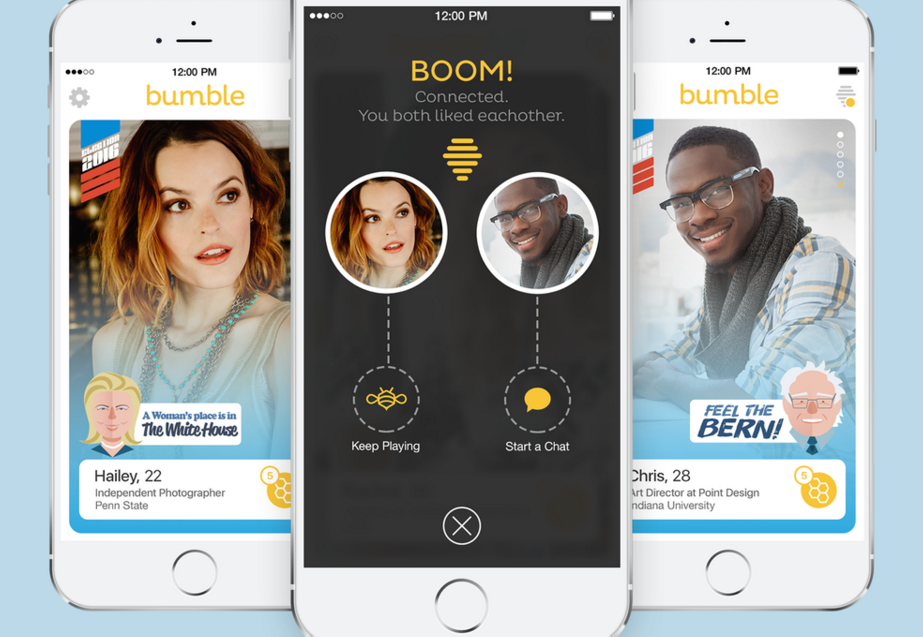 As tensions in the US presidential nomination race continue to rise, dating startup Bumble has introduced a new way for users to show support for their favourite leader.

This week, the app – which requires female users to initiate conversation – has added politically-themed filters, that users can place over their profile pictures to represent their party.

And whether you are voting for Bernie Sanders, Donald Trump or even Kanye West in 2020, Bumble is providing a filter for users to add to their dating profiles.

Using the new filters not only lets users show support for their party, but it can also help them figure out which potential matches share their views.

This can help users decide whether or not they will get along with someone before swiping – preventing them from wasting time on conversations that won’t amount to anything. The pack also offers a number of filters for those who maybe aren’t as interested in politics, letting them show support for Kanye West’s 2020 campaign, or even “Pizza for President”.

“It tells you a lot about a person. Think of it as digital bumper sticker.

“The filters work two ways: If you are really basing a relationship on if you have common interests and values with someone, or if you’re just looking to have some lighthearted fun.” According to the app’s founder, this first wave of election filters are the first of many packs to become available for users in the future.

Interestingly, earlier this week Facebook updated its own profile frames – which Bumble’s own filters are likely inspired by – which lets users support a cause, cheer on their favourite sports team or celebrate a moment in life.

The new political filters are not the only new thing to be introduced to the dating app in recent weeks.

Earlier this month, Bumble launched a BFF mode, which lets users swipe through profiles and connect with people they would like to be friends with.

Users can now switch to BFF mode, which will automatically change potential love interests to people of the same sex that Bumble thinks you would get along with.