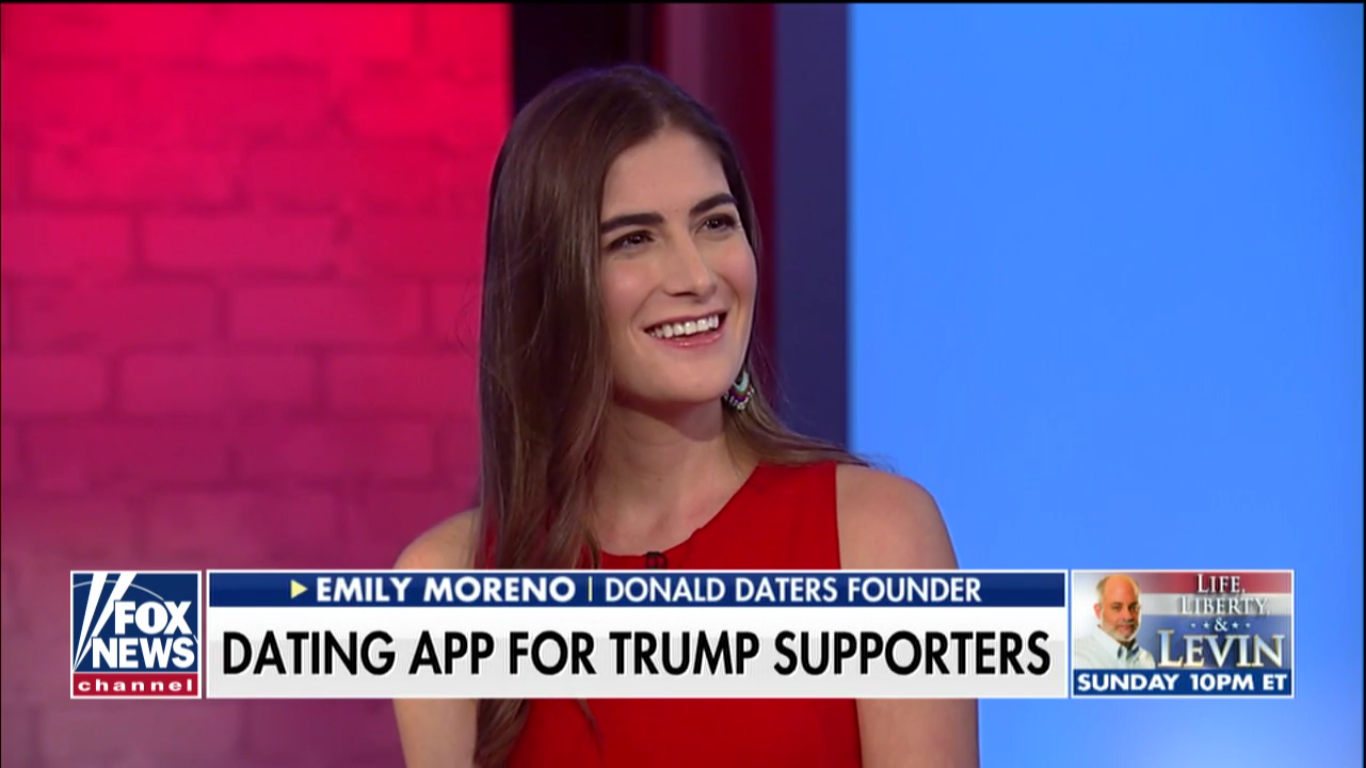 Emily Moreno, the founder of Donald Daters, has been interviewed by Fox News to discuss her new dating app.

Appearing on the Watters’ World talk show, Moreno explained the idea for the platform came after she saw Donald Trump supporters were facing discrimination on dating apps.

She said: “I saw a real need for this. People who go on the mainstream apps – they’re told if you’re a Trump supporter, swipe left.”

The Donald Daters website explains that it is not exclusively for Republicans, but rather anyone who is open-minded about politics.

The founder described her own relationship to Fox News by saying: “Politics has never affected our relationship. We put politics aside and focus on what really makes a strong relationship, which isn’t about who you vote for every four years.

“You can have politics in love if you choose to, but with Donald Daters – you don’t have to just talk politics”

Donald Daters suffered a serious data breach the day after it was launched. Although the vulnerability was quickly fixed, Moreno admitted the app is constantly at risk from Liberals who might access the site with the sole intention of shaming the users.

When asked whether Trump had been in contact with the company, Moreno responded: “The President has not endorsed us yet, but we’re hopeful that he’s watching this and will be supportive.”