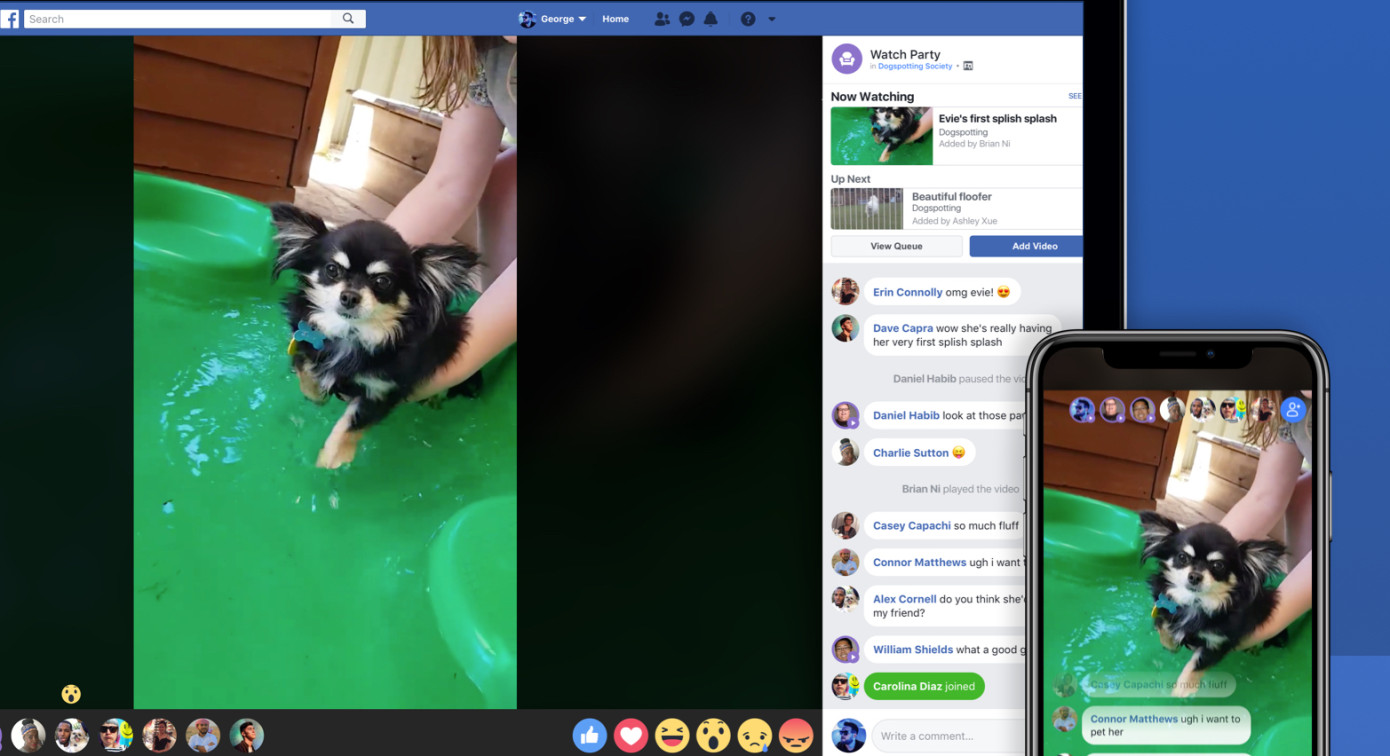 The new feature will allow Group admins to pick any Facebook public video and to show it to the Group members at the same time, with a comment section to create a “shared viewing experience.”

Watch Party is set to make people feel heard, with Facebook’s head of video Fidji Simo saying: “Watching, commenting and reacting to the same moments together . . . helps build the kind of community and engagement we’ve seen with Live.”

A box will appear in Groups, where users will be able to go onto Watch Party and see a queue of what is set to be broadcast next. However, there is no way an admin is able to schedule a Watch Party in the future.

Users can also pitch in Facebook’s emoji Reactions for an easier way to participate without typing anything.

Facebook CEO Mark Zuckerberg said on its Q3 earnings call: “When done well, video brings us closer together. We’ve found that communities formed around video like TV shows or sports create a greater sense of belonging than many other kinds of communities . . . But too often right now, watching video is just a passive consumption experience.

“Time spent is not a goal by itself. We want the time people spend on Facebook to encourage meaningful social interactions. So we’re going to focus our products on all the ways to build community around the video that people share and watch. That’s something Facebook can uniquely do.”

Watch Party can help Facebook in its 2018 mission to refocus on peer-to-peer interaction rather than spammed comments.

Watch Party will first open to a “handful of groups”, and will look to expand soon.