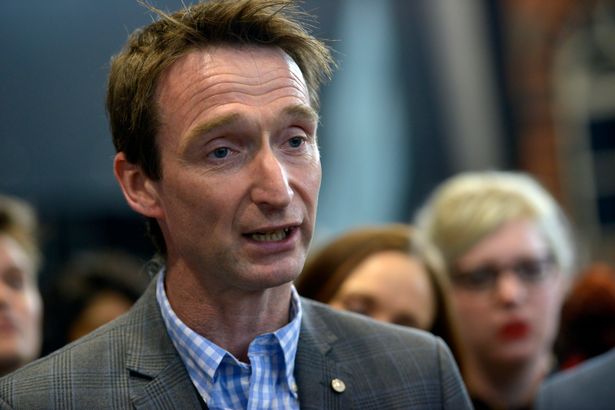 A former Manchester MP has “declared war” on apps Tinder and Grindr, calling on the dating products to increase their safety measures.

John Leech, a former Liberal Democrat MP for Manchester Withington, has accused Tinder and Grindr of a “serious and shocking lapse in care.”

The strong words come after Leech uncovered that 58 crimes across Greater Manchester were linked to the two apps.

And Leech has now written a letter to both companies, calling on them to start displaying safety notices to help reduce online dating-related crimes.

In a statement, the former MP said: “It is completely unacceptable that neither of the two leading dating apps display safety alerts or notices at any point from download to real life use, not even anything as simple as meeting somewhere public and letting a friend know where you’re going.

“Something as serious as rape has an enormous and life-shattering impact on so many lives, from the victim to their friends, family and co-workers.

“One is too many, but 17 in Greater Manchester is just unacceptable and these dating apps need to start taking preventative steps immediately.

“Tinder and Grindr should not be let off the hook over such a serious and shocking lapse in care to their users.

“They must introduce safety alerts immediately and dramatically increase the safety of users, and they must do it now.”

The demand comes after Leech made a Freedom of Information enquiry that revealed 58 crimes were linked to the two dating apps – 28 to Grindr and 30 to Tinder.

Leech said: “I am extremely concerned to see that Manchester has one of the highest numbers of incidents, and in what I would desperately like to be seen as a safe and welcoming city, these numbers are distressingly high and must be tackled immediately.

“I fear that these worrying incidents are just the beginning of a much wider issue surrounding a serious lack of sexual and relationship education that must also be confronted.

“In an evolving and increasingly digital age where many people have found their perfect match through these dating apps, the real dangers of online dating must also be highlighted to ensure that these horrific and life-shattering crimes are avoided.”

Leech is now fronting a public campaign to encourage dating platforms to up their safety measures and display safety alerts.

In response to the claims, Grindr said: “Grindr is committed to creating a safe environment through a system of digital and human screening tools, while also encouraging users to report suspicious and threatening activities.

“While we are constantly improving upon this process, it is important to remember that Grindr is a platform. Grindr cooperates with the police on a regular basis and does not condone this type of violence

“Grindr provides global outreach, information, and access to services to our users around the world, ranging from sexual health services to alerts on raids in dangerous areas to help for refugees. Grindr seeks to work with these communities on solving these social issues.”

To see other news about crime rates linked to Tinder and Grindr please click here, and read more about Grindr’s safety advice here.