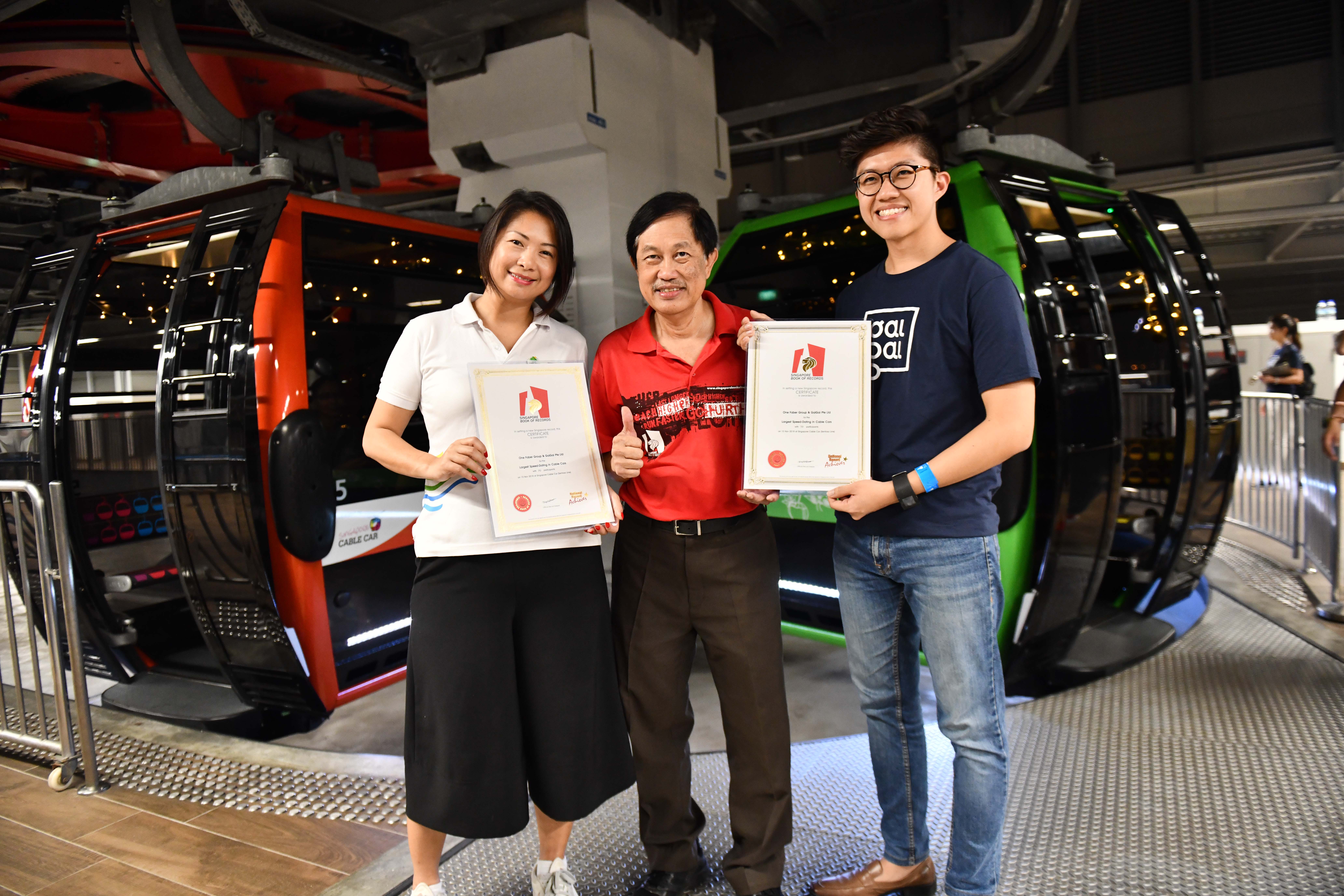 GaiGai has been awarded a space in the Singapore Book of Records following its recent speed dating event ‘Love in the Air’.

On November 10th, 36 women and 34 men boarded aerial tramways, making it the largest speed-dating event on cable cars in the country’s history.

The previous record was 60 participants, which was set in 2009 at the first speed dating party to be held on cable cars.

The experience was held in association with One Faber Group, one of the leaders in Singapore’s tourism industry.

GaiGai’s CEO Alex Tam said in a statement: “This successful event marks another milestone for GaiGai for having sold out the tickets and breaking a new record.

“We believe this achievement would cement our leadership position as one of the largest modern dating agencies in Singapore, where singles can expect novel and happening events that cater to their trendy sensibilities.” The participants completed two cable car journeys and met a total of four other singles, before socialising with everyone else at a buffet dinner and playing special dating games.

GaiGai is one of Paktor’s offline dating agencies. It celebrated its third anniversary earlier this year. It hosts a wide variety of special dating events and has seen a recent 118% increase in members aged 21 and 22.