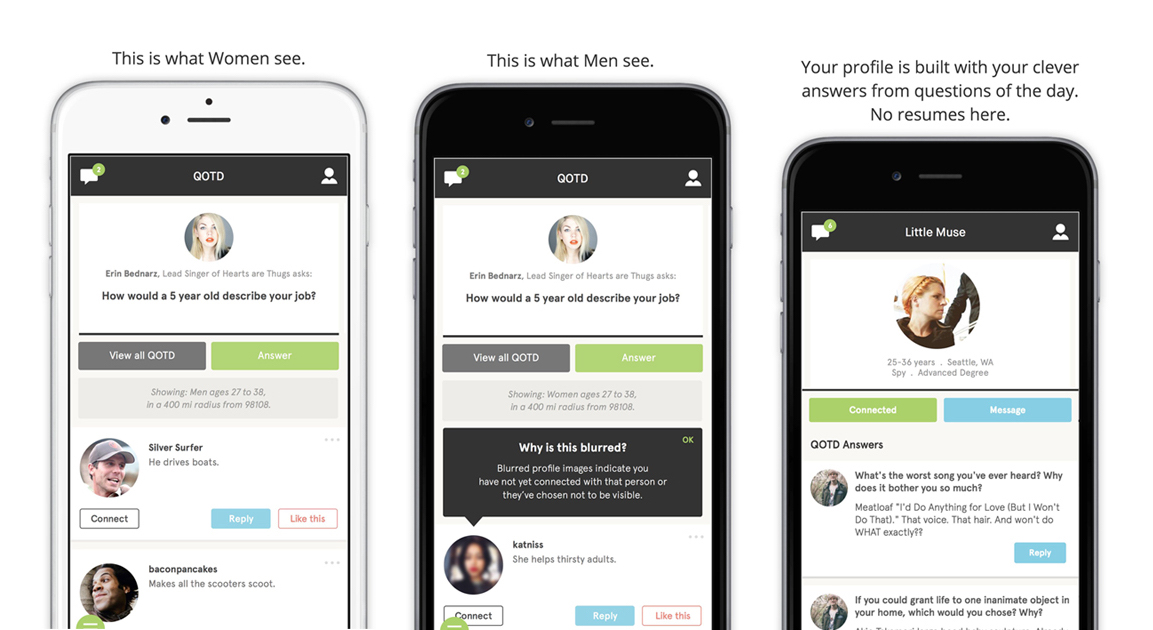 Fresh from securing a new round of funding, female-focused dating app Siren is appearing on PBS’ TV show Start Up.

The app seeks to create a different model for online dating – letting women initiate contact by only sharing their profile pictures with the men they choose & connecting singles using its “question of the day” feature.

And earlier this year, Siren, which currently has over 20,000 users in Seattle & Portland, raised a $750,000 seed round led by Blackrun Ventures.

In addition to this, last year Siren was named GeekWire’s App of the Year 2015 at the EMP in Seattle.

And now Siren is set to be featured on the next series of PBS television show Start Up, which is visiting Seattle over the next week to film three different businesses from the area.

The show sees host Gary Bredow travel around the US interviewing small business owners to hear their personal stories and find out what it really takes to start a successful business from the ground up.

Speaking about the new series, host Bredow said: “The west coast is rich with entrepreneurship, and I believe that the businesses that we are featuring in places like Seattle, Portland, San Francisco Bay Area, Oakland, Los Angeles and San Diego all exemplify what it means to see your dream turn into success.”

The dating app will be featured in the fourth season of the show, although an air date has not been released yet.

Check out the trailer for Start Up’s last season below: