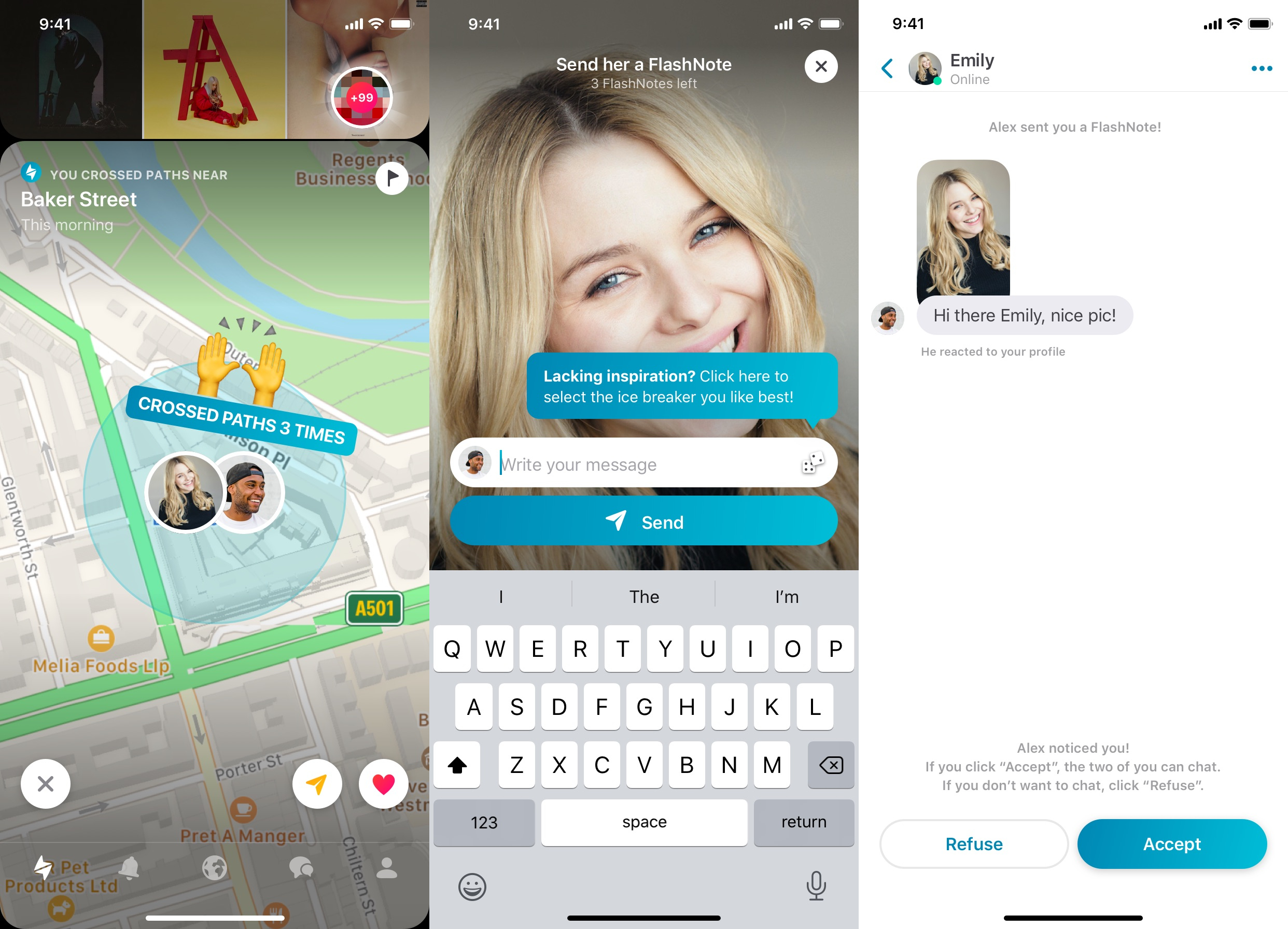 Dating app happn, which helps users connect with singles they’ve crossed paths in the real world, uses geo-location technology to make its services possible. Some have called this technology “creepy”, leading to this response from happn.

Karima Ben Abdelmalek, CEO of happn, answers questions about its geo-location tools below.

How does the crossing feature work and how can Singles use it?

Crossings are the result of using a geolocation system (like GPS) that shares the whereabouts of an internet-connected device.

Karima: “Thanks to this geolocation technology, happn has succeeded in combining digital and real-life. Indeed, the app is just boosting something that has already happened: Singles have already met, in real-life, but maybe they haven’t noticed each other. In a time when it’s more and more difficult to connect with someone spontaneously, happn is offering a way to seize the moment, and all the opportunities that come in Singles’ way. Also, knowing that people have already crossed paths with each other in real-life means they already share something: maybe they go to the same restaurant, they work in the same area… It’s an amazing icebreaker and something reassuring: in a way, they already know each other a little”.

How does happn’s location tool differ from its competitors?

Karima: “Other dating apps allow users to set their location and the distance of how far other users are. This means that people who want to find love on their doorstep can, if they’d like! However, our point of difference is that happn works and thrives ‘in the moment’. happn is made to help users find the people they have crossed paths with. Plain and simple. happn’s timeline is defined by the moment and proximity of the other users that they have unknowingly passed. This means that users will see potential Crushes in the precise order that they walked by them. On happn, users can also see the geolocation map and how it works, making the process of looking for a connection fun!”

Can a user see another person’s location in real time?

Karima: “To respect users’ privacy and for safety reasons, our users’ exact positions are never revealed to others, neither is the exact time. Whenever a single crosses paths with another user, they will only ever be able to see their own location on the app, not their Crush’s.”

How are users’ protected?

“Our app is based on real-life stories. It’s not always easy to go up to someone that you are attracted to in the street, so our app allows singles to make that courageous move. The geolocation tool gives users a real chance at real-life encounters by finding those they have crossed paths with. This is what we strive to do at happn.”