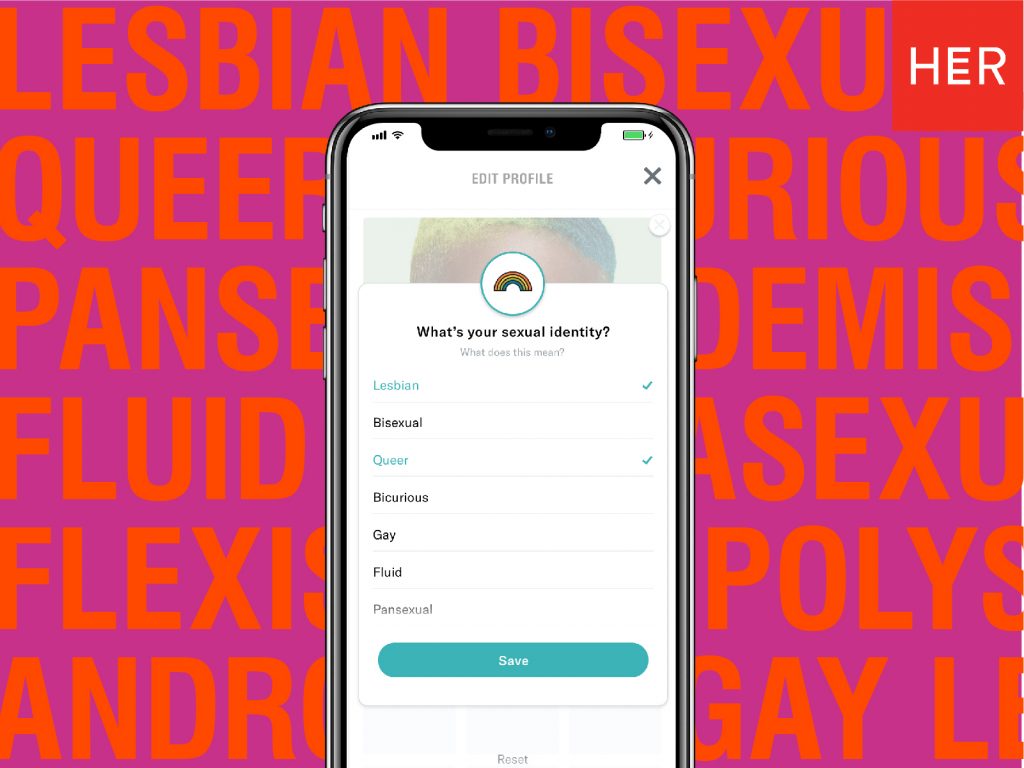 Queer dating app for women HER has unveiled a complete redesign of its profiles to make is easier to express identities and orientation.

A wide variety of categories are available based on preferred pronouns, diet preferences and star signs, as well as drinking, smoking and cannabis habits. Users can then choose whether or not to display the answer bubbles on their profile.

Singles are now able to add text bios in the new ‘About Me’ section, a common feature on most dating apps that was previously unavailable on HER.

Founder and CEO Robyn Exton told TechCrunch: “It was interesting to reflect on how people have changed.

“People used to worry about writing a bio but now they really want more ways to express themselves, and they want to see other people’s writing skills when they’re browsing profiles.”

A “What does this mean?” field has also been added alongside the sexuality, gender and pronouns responses.

This is a brief description to help people completely understand each term, as Exton believes there is still a lack of awareness of some identities and orientations, even within the LGBTQ community itself.

A second part of the roll out, due to be released at some point in the next few months, will feature a deeper exploration of expression within the community.

Last year, HER added its ‘Communities’ mode, a place for members to connect romantically and platonically around shared interests.