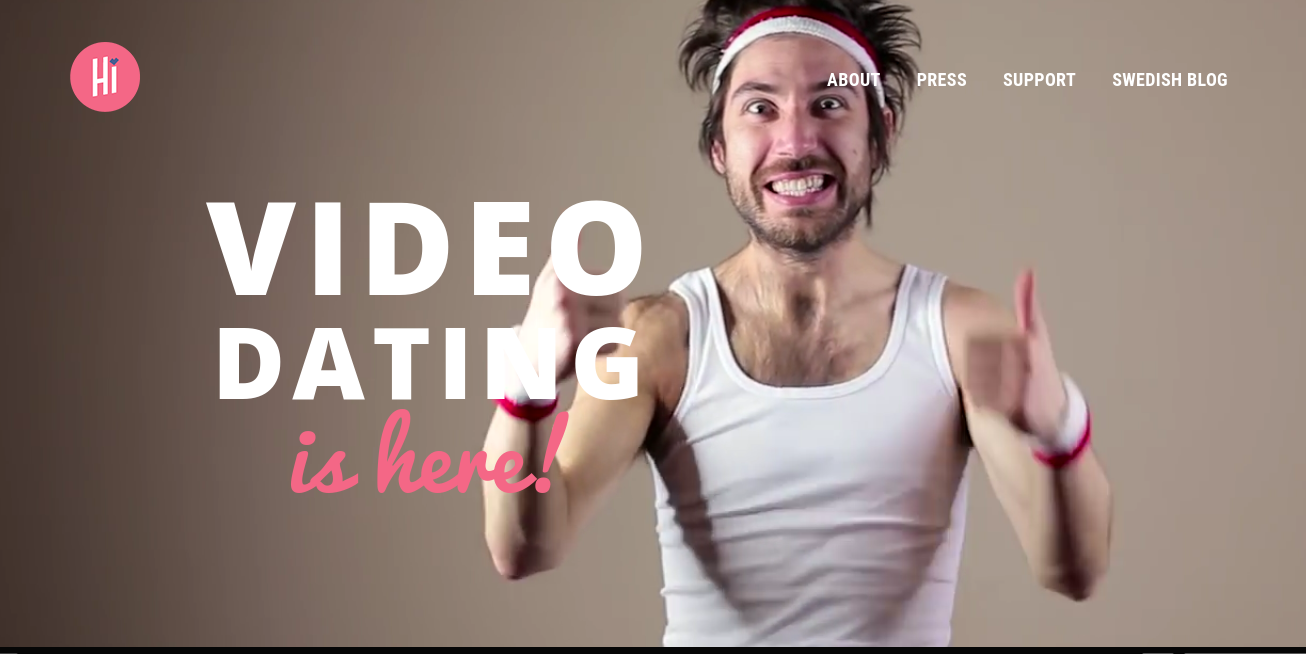 A new app called HIMYNAMEIS is looking to be the first product to really crack the concept of video dating.

The Swedish app, which launched earlier this year, has banned profile pictures, instead allowing users to upload short 1-5 second introductory videos of themselves saying: “Hi my name is …”.

This feature aims to give singles a better idea of who they are matching with, by showing their true selves through video, rather than edited or outdated photographs that can lead to disappointment when things are taken offline.

Co-founder Olle Morin said he wanted to combat this issue with the app, saying: “We realised that video would have a great potential to alleviate the problem with high expectations and in the end cater for better dates.

“We read studies that showed that just a few seconds of video was capable of delivering much of the same feelings you get when you first meet a person briefly, for example when shaking hands, and that this impression was usually pretty close to how you would perceive that person later.

“We also liked what apps such as Vine and PHHHOTO were doing with short video clips and wanted to create something similar within the dating space.

“When designing the app’s look and feel we were inspired by a cinematic theme and wanted the app to have a feeling of going to the cinema, maybe during the fifties.” And he adds that the 1-5 second video option, which encourages users to introduce themselves by saying “Hi my name is X”, sets the app apart from its predecessors who have tended to use longer, 60 second videos – a feature he says gives users too much freedom.

HIMYNAMEIS works in a similar way to Tinder, in that once two users show a mutual interest in each other, they match and can begin to talk using the in-app chat function.

Users can search for potential partners using hashtags, which the app hopes will let people look for those with similar interests to them, rather than just focusing on location, like many other dating apps.

The app is currently available worldwide for iOS, however the team behind HIMYNAMEIS is currently focusing its attention on growing the app’s user base in Sweden.

The company does have plans to grow into different markets in the near future, however, and hopes that new features and updates will help to bring in a more global audience for the app.