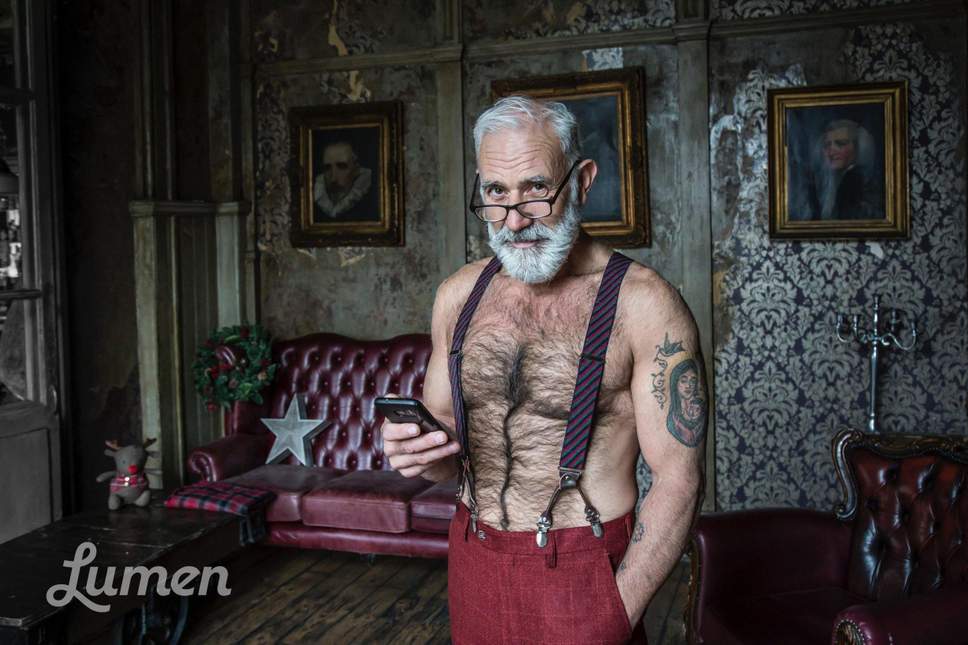 Lumen, a new UK-based dating app for the over-50s, has seen one of its Christmas ads pulled by Transport for London’s advertising agent.

The campaign featured 58-year-old model Paul Orchard posing shirtless with his phone. It ran the tagline “Pull a cracker this Christmas.”

Exterion Media claims that the app “could be seen as objectifying the man and his physique”.

Speaking to the Evening Standard, Mr Orchard said: “I’m surprised these ads have been banned, especially when you consider the other images you regularly see on the Underground of younger people wearing much less than I am.

“We worked hard to ensure the photographs were tasteful as well as fun, and it’s a shame TfL don’t see it that way.” Lumen co-founder Charly Lester described the takedown as “ridiculous and absurd”. The startup will continue to launch the advertisement on billboards across the country this month.

It replaced the offending advertisement with an image of Orchard in a red suit, captioned “Santa, Baby.”

In July, an OkCupid billboard campaign was banned in Chicago. The city’s transit authority wanted to avoid ads which promote: “infidelity, escort services, and sexually-oriented products or businesses.”