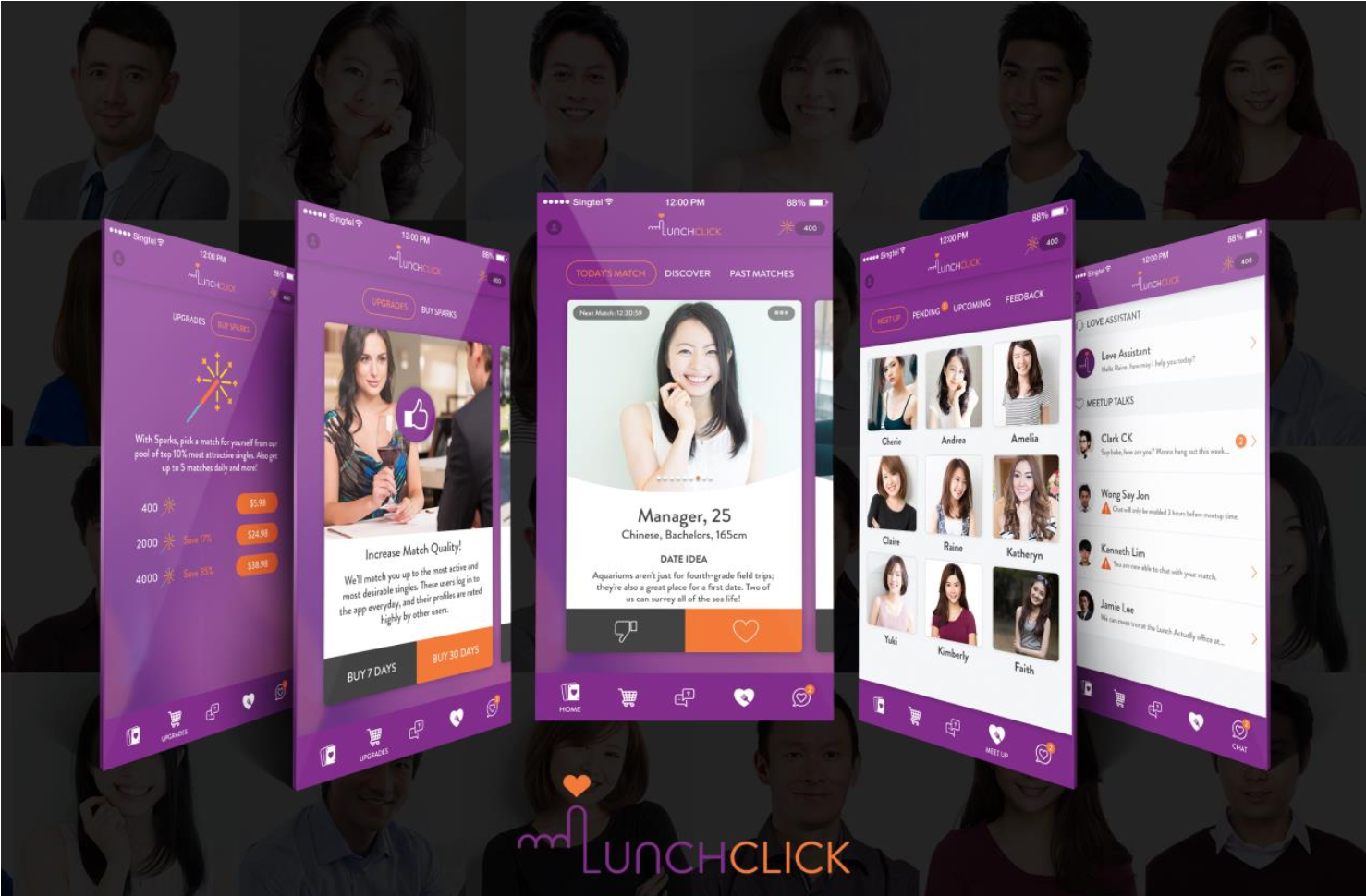 Developed by Lunch Actually Group, LunchClick launched in 2015 with the aim of facilitating serious relationships between Singapore singles.

Looking to separate itself from hookup-style apps and increase offline dates, LunchClick decided to omit the chat function, instead asking singles to communicate using pre-set questions and related answers.

And last week, the app updated this function and now lets singles create their own Q&A-style messages to send to matches, and use other members’ questions as inspiration.

For example, someone might create a question like “What do you expect for a date?” or “Which country would you like to live in after marriage?”, then offer up a series of possible answers that singles can pick. Violet Lim, CEO of LunchClick and co-founder of Lunch Actually, said: “We have always strived to innovate – and we believe that we are the first and only app to have introduced this feature.

“With this, our singles will be more engaged with one another and go on more real dates, which is what LunchClick is all about.

“New questions make a lot of sense for busy professionals who do not want to waste time and filter off matches that are overly shy or just shopping around. We don’t believe in the hook-up cultures or connecting singles simply for flings.

“Our objective is to move our users to meet offline in real dates as soon as possible, as meeting in person is where the real connection and sparks happen.”

In September last year it was announced that Lunch Actually Group had raised a seven digit figure round, its first significant round of venture capital funding.

The dating provider raised the impressive Series A round from Mixi, a Japanese online social networking service and publisher of Monster Strike, as well as Fatfish Internet Group, a Southeast Asian and Australia-based internet ventures investment and development firm.

Within a week of launching the new feature, LunchClick, which has a user base “in the six digits”, saw 500 customised Q&As created and a 48% increase in usage across the entire Q&A section.

GDI has recently written about a number of dating platforms looking to bridge the gap between old-school questionnaire matching and swipe-based apps.

One such app is London-based startup Clikd, which lets users create their own bespoke picture-based questionnaires that prospective matches must answer correctly in order to match with them.

Intelligence-focused app Sapio also asks singles to answer questions in order to match, but unlike Clikd, favours pre-determined questions to help give other users a more rounded picture of their personality.

To find out more about LunchClick please click here.