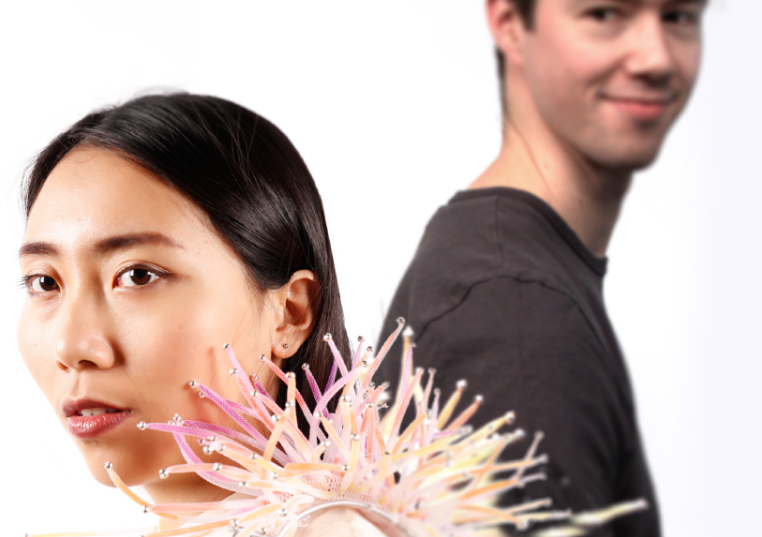 An experimental new wearable lets singles know when someone is looking at them by sending a shiver down their spine.

The inventive device, called Ripple, is made up of a cluster of silver-topped tentacles that sits on the user’s shoulders, the wearable’s two cameras recognising when someone is looking their way.

If someone looks at them, Ripple sends a sensation up the person’s back to tell them they have attracted interest and to hint that they should “improve your posture to help you feel more confident”.

If the wearer then faces the person who was looking at them, Ripple will tap them on the chest to let them know who glanced in their direction.

The experimental wearable was created by four Innovation Design Engineering masters students from The Royal College of Art, who said the product also warms up when both people “look into each other’s eyes”. Ripple’s creators said: “Ripple is a wearable extension of your body for the future of dating, which calculates who in a room is attracted to you. When it finds someone, it gives you sensorial feedback, reflecting the excitement you feel when meeting someone special.

“If the attraction is mutual then it’s tentacles will move in reaction to their gaze, amplifying the language of seduction between the two people.

“Ripple uses computer vision to determine interest, building upon our own intuition.

“Ripple classifies attraction based on the students own experimental findings, from monitoring peoples behaviour in various social situations.”

There are currently two prototypes of Ripple, one made using SLA 3D printed parts, the other from bent wire – find out more here.