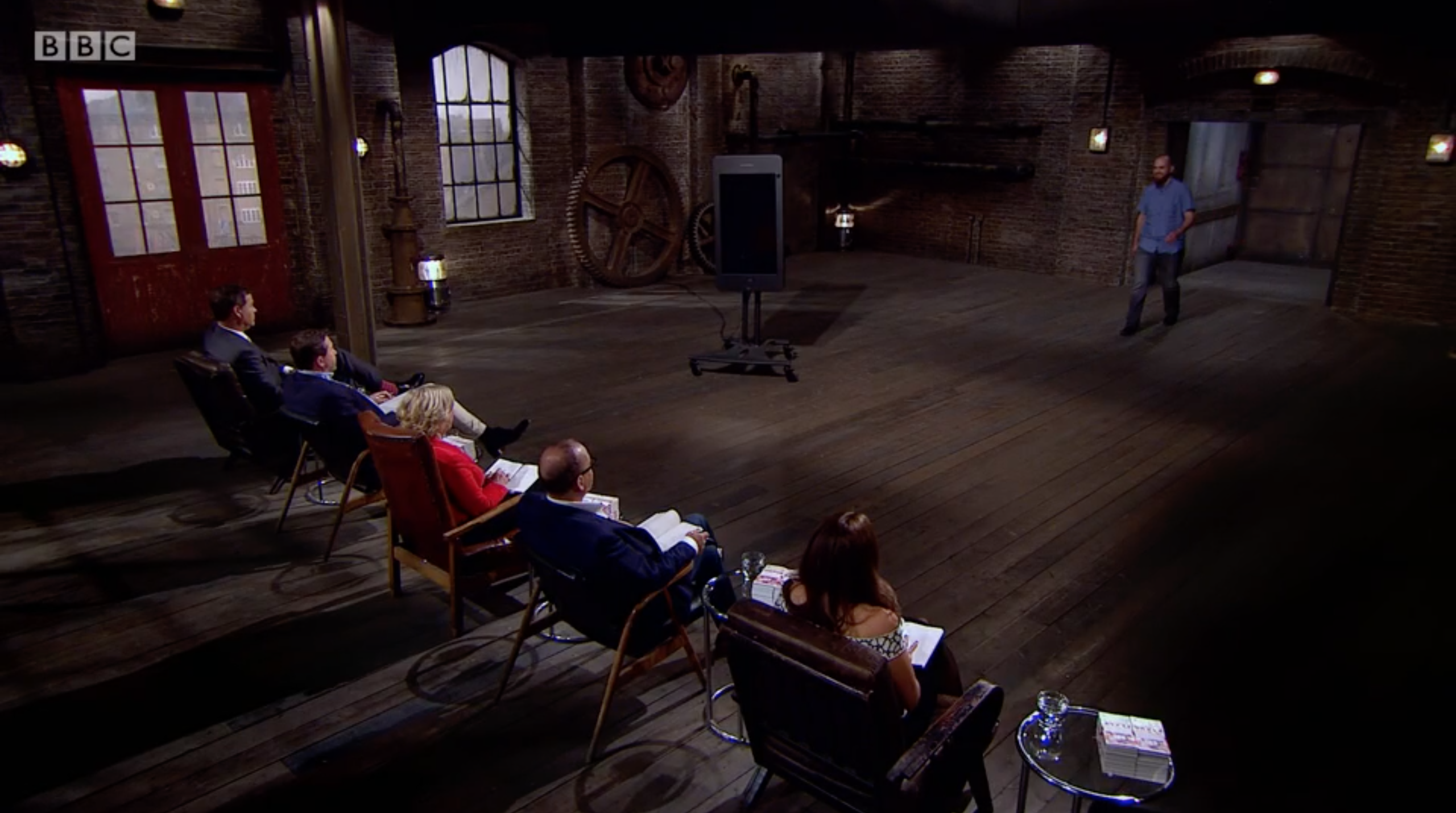 The penultimate episode of the program’s 14th season saw the dating startup team up with both Peter Jones and Nick Jenkins, who took 20% equity between them, in an eventful and impressive appearance on the entrepreneurial TV show.

Before entering the Den, M14 founder & CEO John Kershaw said his biggest challenge would be “getting across the idea that my business has value even though it doesn’t yet have very much revenue.”

Introducing the Manchester startup’s business, Kershaw laid out M14’s mission and philosophy as offering an alternative to both complex question-based dating systems like Match.com, and “fashionable, cool and mobile-friendly” proximity apps like Happn, by providing simple niche dating apps.

Kershaw turned to Bristlr’s success as proof of this concept, a beard dating app that has 150,000 users, made 1.5m matches, and received international press coverage in The Washington Post, CNBC, Newsweek and Mail Online. The UK entrepreneur asked the Dragons for £80,000 for 15% equity in M14, which seeks to let “anyone or any company to have their own fully-managed dating or social app”.

During the Q&A process, Kershaw revealed that currently, Bristlr was turning over around £1,000 a month.

The founder also said M14 had signed up a number of big name partners, including “one of the largest publishers in the world” and “one of the largest radio networks in the UK”, which Kershaw disclosed to be Global Radio – a partnership he anticipates will bring in “tens of thousands” a year in recurring revenue for the startup.

Big picture, Kershaw said M14 aims to amass around 10,000 individual partners, the business hitting £100m in revenue – figures based on “the size of the industry, and number of niche websites that have sprung up”.

And after an enthusiastic bidding war between the Dragons, during which Kershaw was called “probably one of the most appealing individuals to invest in that I’ve seen in the Den in a long time”, the dating entrepreneur accepted the joint offer put forward by Peter Jones and Nick Jenkins. The appearance, filmed last year, came after a “lawyer-and-paperwork juggle” that saw M14 initially forced to cancel its appearance due to complications around the fact it was in the process of closing its first six-figure funding round.

It is the second successful appearance on the Den for a dating company – group dating startup Double having closed £75,000 from Moonpig founder Nick Jenkins for 15% in an episode that aired in December 2015.

M14 Industries announced the acquisition of the “Tinder for double dates” app Double last November, founder Kershaw saying the app had “a natural home within M14.”

You can check out Kershaw’s Dragons’ Den appearance over on iPlayer here, and watch GDI’s interview with the M14 founder & CEO below: