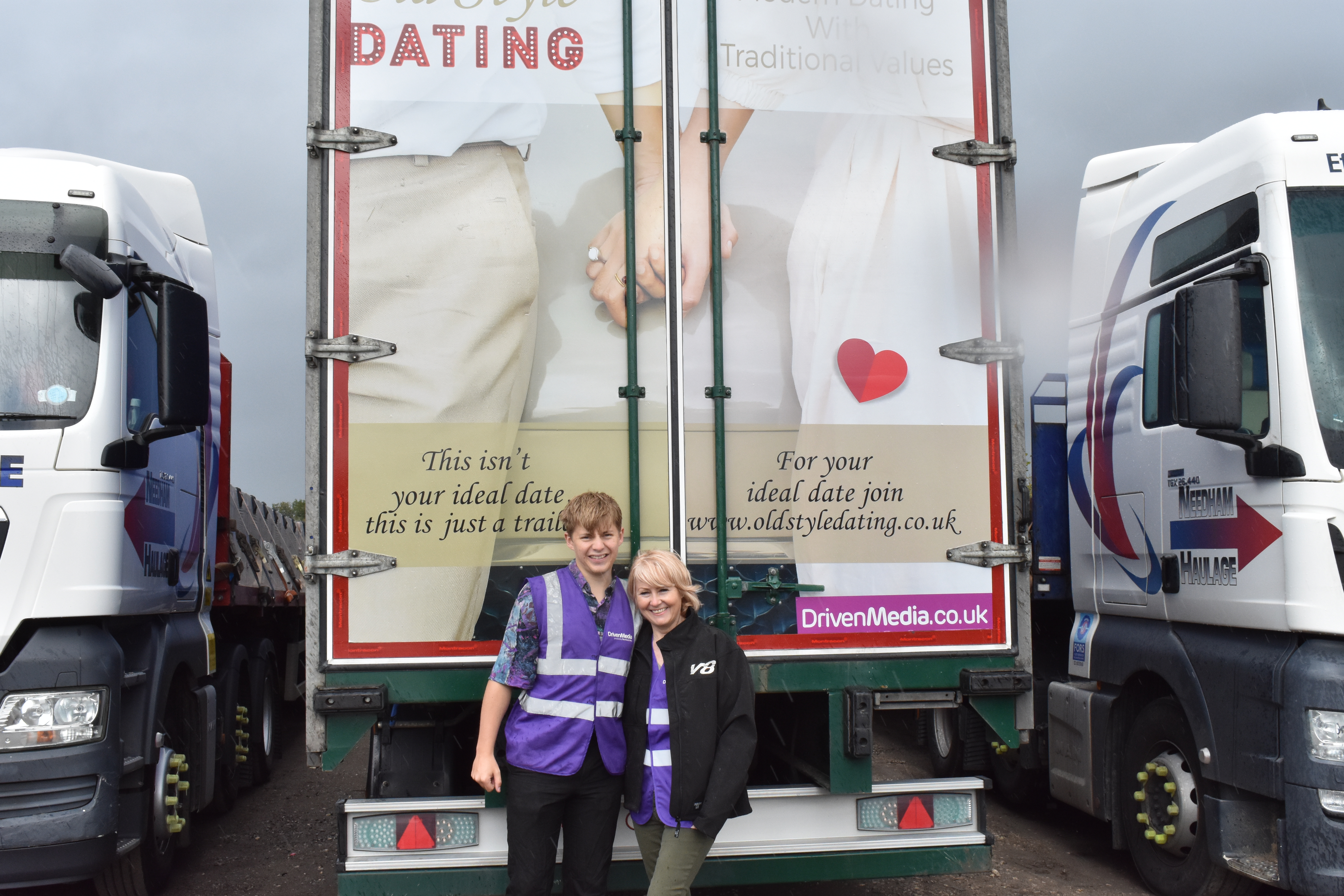 Old Style Dating, an online dating platform that promotes traditional values, is using an unconventional form of advertising to run its first national marketing campaign in the UK.

By teaming up with DrivenMedia, Old Style Dating now has its message displayed on a hauler lorry that will travel all around the country for the next 12 months.

However, the journey to getting the promotion printed was not an easy one, as the first two drivers the brand approached rejected the idea.

Founder Dennie Smith launched the site in 2018 after seeing her children struggle to find a committed partner on mainstream apps. Her aim is to create a community of respectful, trustworthy singles aged 25 and above.

She said in a statement: “Seeing my company in bold writing on the back of the lorry was a very special moment for me.

“I’ve worked so hard to make Old Style Dating a brand where single people can be confident they will be treated with respect and will meet people who are honest and looking for that special someone. This campaign spreads the word even further.”

Smith spoke to GDI in August, when she explained Old Style Dating had brought two expert coaches on board, James Preece and Jo Hemmings. The hires will help members at any stage of their dating journey.

Shortly afterwards, she was named as one of the top 10 female entrepreneurs in the UK, both for her work on the dating platform and for running a successful hair salon for over 20 years.