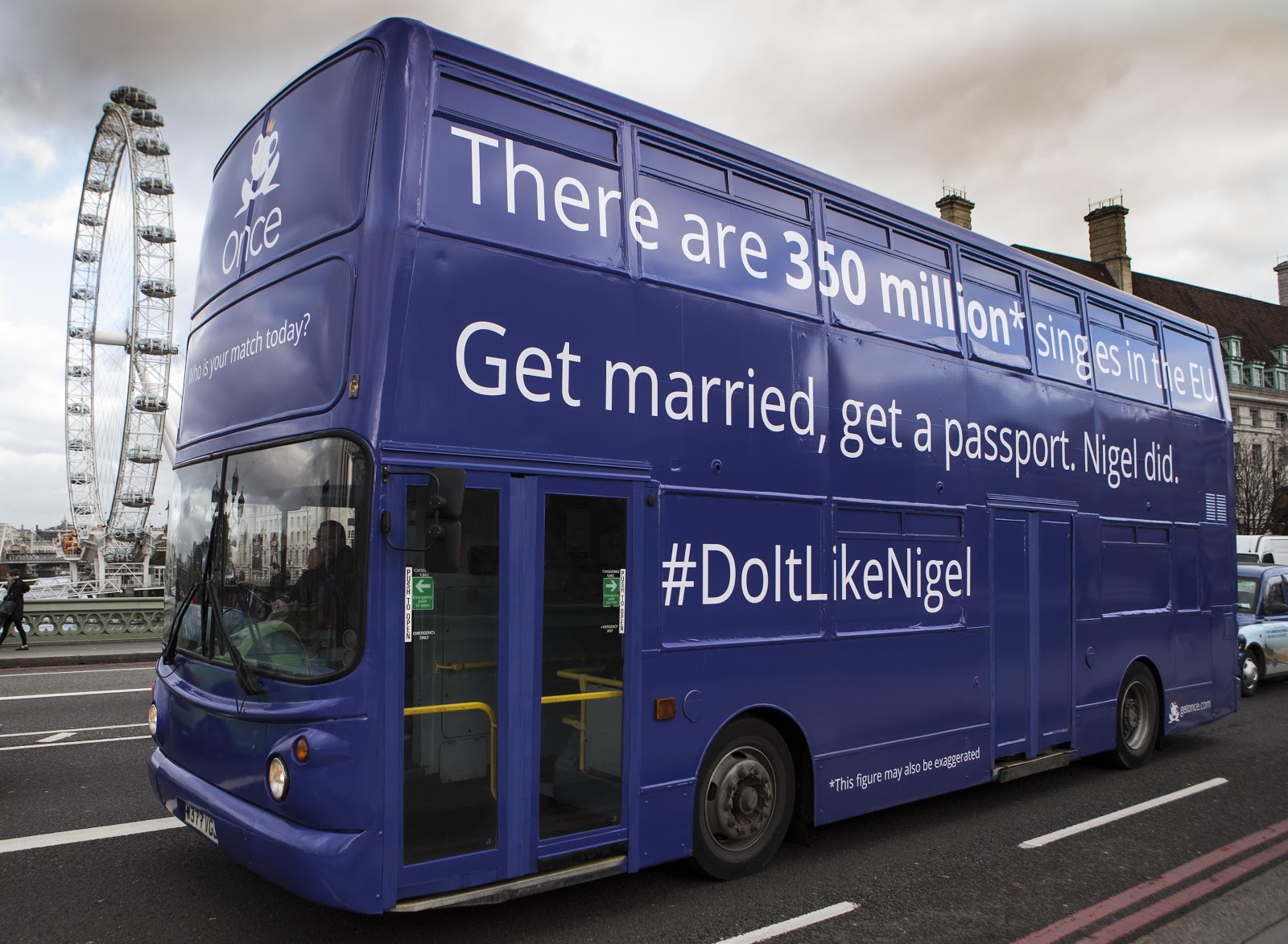 Once, the dating app that uses real matchmakers, has just launched an amusing new London “Love Bus” and #DoItLikeNigel campaign to try and mend a “heartbroken EU”.

Following the shock Brexit vote, the country is in a state of unease on both sides over its exit from the European Union, so to try and bring some hope & humour to the situation, Once this week launched its new #DoItLikeNigel campaign.

The campaign sees Once deck out a London bus in purple, emblazoned with the message: “There are 350m singles in the EU. Get married, get a passport, Nigel did. #DoItLikeNigel”.

The message cites the controversial bus advertisements and questionable “£350m-a-week” statistic the Vote Leave camp used during the Brexit campaign.

Jean Meyer, CEO & founder of Once, said: “We respect the vote of the British people, whatever type of Brexit that negotiation brings, Once will continue to create opportunities for love to all that use its unique human-matchmaking service.”

And so far, the campaign has proven popular amongst Londoners, with social media users taking to Twitter to show their appreciation of Once’s efforts:

Ah ha! So this is how I'll attain that EU status @oncetheapp bold move, I can dig it! #DoItLikeNigel #LondonIsOpen pic.twitter.com/bDFpb7MwCg