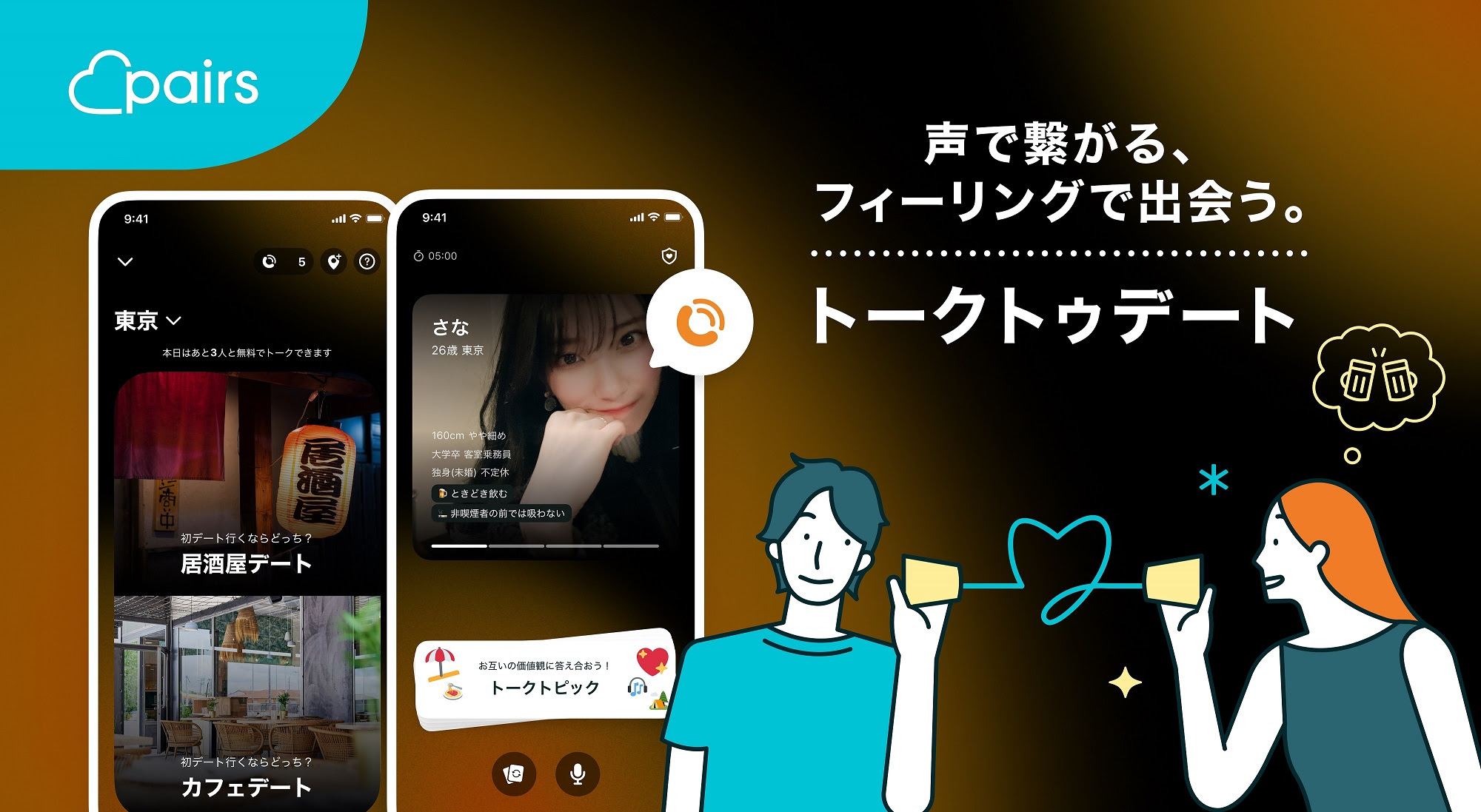 Japanese dating app Pairs has released a new feature which helps users start talking with other singles quickly. The ‘Talk to Date’ feature puts users together in an audio call before letting them decide to match.

Users start by setting an area they would like to go on a date and answering some basic questions. After that they’ll be put into a 5 minute audio call with another user based on the earlier responses.

Once the conversation is over, users can decide whether they ‘Like’ the other, and will be matched if they both agree. Pairs writes that this is an alternative to gradually getting to know someone over messages, and a quick way to ask someone out on a date.

This feature is currently only available in Tokyo, Kanagawa, Aichi, Osaka, and Fukuoka with further expansion planned.

The release of this new feature is accompanied by a 1.7 million Yen (over USD $12,000) giveaway for users who take part in Talk to Date and answer a questionnaire on the Pairs app.