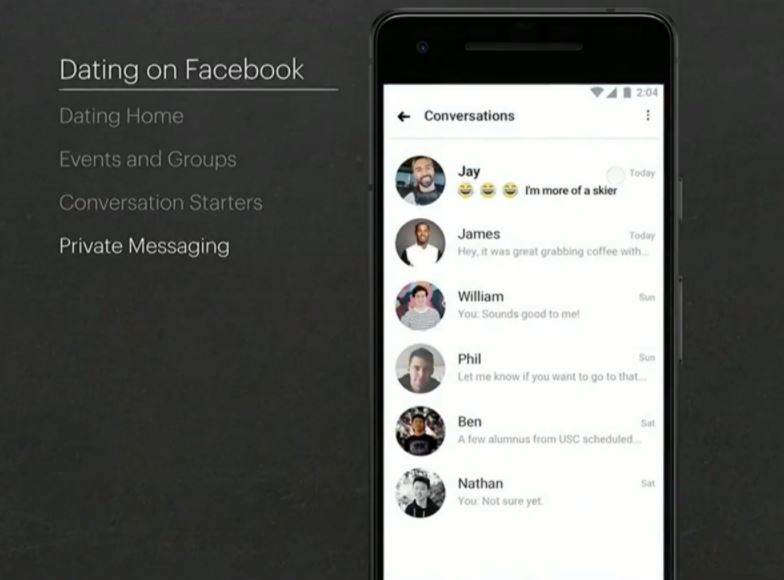 Last week, the online dating industry reacted to the announcement that Facebook has decided to launch a dating service.

GDI spoke to a number of online dating industry leaders to find out what their reactions were and what it may do to the industry as a whole. Read more here.

Now, technology news website Recode has published an article explaining what we need to know about the features so far.

Firstly, the feature will require users to create a new and separate dating profile to their existing Facebook profile. Users will access the service through this profile.

Facebook does not plan to make this a separate app, however, according to a company spokesperson.

The company will also make some recommendations for matches based on interests and other data, including users’ location. Users will be able to unlock groups or events on Facebook, allowing them to connect with other singles through this avenue.

Facebook will also build a separate messaging experience and will not use Messenger or WhatsApp. Other apps will only be used if the matches exchange phone numbers.

It is unclear when the Facebook Dating will launch as of yet, but a spokesperson has said the company hopes to begin testing the feature in the next few months.

The tests will then help determine a clearer launch date.

Also according to the Facebook spokesperson, the feature will be free. The company do not plan on running any ads and will not use data which is associated with a user’s dating profile or behaviour to try and target them with ads.